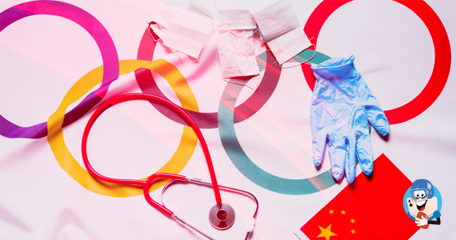 The 2020 Olympic Games in Tokyo will no longer take place in 2020, they will become the 2021 OIympics if the various viruses will allow it. The Tokyo 2020 Olympic and Paralympic Games have been postponed until next year because of the worldwide coronavirus pandemic, the event was scheduled to start on 24 July. Shinzo Abe, Japan's prime minister, proposed the postponement to the International Olympic Comitee (IOC) and the two parties quickly reached an agreement. However, it was agreed that the event will still be called Tokyo 2020 despite taking place in 2021.

The organisers and the IOC issued a joint statement: "The unprecedented and unpredictable spread of the outbreak has seen the situation in the rest of the world deteriorating. On Monday, the director general of the World Health Organization, Tedros Adhanom Ghebreyesus, said that the Covid-19 pandemic is 'accelerating'. There are more than 375,000 cases now recorded worldwide and in nearly every country, and their number is growing by the hour. In the present circumstances and based on the information provided by the WHO today, the IOC president and the prime minister of Japan have concluded that the Games of the XXXII Olympiad in Tokyo must be rescheduled to a date beyond 2020 but not later than summer 2021, to safeguard the health of the athletes, everybody involved in the Olympic Games and the international community."

This outcome was quite obvious since last week, when Canada announced their withdrawal from the 2020 Olympics and the USA Track and Field Federation also called for a postponement of the event. This is the first time the Olympic Games get delayed, this never happened in their 124-year modern history. However, the Olympics did get cancelled in 1916, 1940 and 1944 during World War One and World War Two.

There have now been almost 400,000 recorded cases of the coronavirus across the globe, and the number of deaths is now close to 17,000.

That's really sad, many players were preparing for the Olympics this year, but that's the only logical decision.

I think that's the only logical decision IOC could of take really, I have nothing against the major events like the 2020 Olympic Games or EURO2020 (however they'd...

I think that's the only logical decision IOC could of take really, I have nothing against the major events like the 2020 Olympic Games or EURO2020 (however they'd decide to call those) but for me those are the major events in world of sport who could be easily postponed till the next year without even the retiring athletes be affected too much because of it. Probably the sponsors are most affected..but hey there's have to be a important of a major priorities in crisis times like the current one.