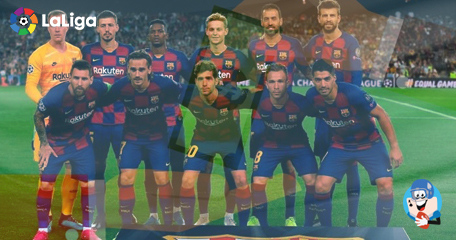 Barcelona captain Lionel Messi has announced that his team-mates will take a 70% pay cut due to the coronavirus pandemic, allowing non-playing staff to receive full wages during these difficult times. Along with the pay cut, the Barcelona players have also agreed to make additional contributions if needed so that the other people at the club can receive their wages. Spain is the worst-affected country in the world after Italy, with its death toll now above 7,000.

Lionel Messi issued a statement saying: "We were always willing to reduce our salaries because we understand perfectly that we are in an exceptional situation. We, as players, are always here to help the the club when they ask. It does not cease to surprise us that from within the club there were those who tried to put us under the magnifying glass and tried to add pressure to do something that we always knew we would do. If we didn't speak until now, it's because the priority was to to find solutions to help the club and to see who the most affected were during this situation. For our party, the moment has arrived that, the cut will be 70% of our wage during the state of alarm. We will also help out the club in order for the workers to be paid 100% of their wages."

Barcelona president Josep Maria Bartomeu added: "Messi told me from day one that this reduction had to be made. This proposal came from the captains. It is a gesture that demonstrates their commitment to the club."

Germany's biggest clubs, Bayern Munich and Borussia Dortmund, have also received the agreement of their players to take pay cuts in order for the other staff to be protected and paid. Last weekend Juventus manager Maurizio Sarri and all his players agreed to go without wages for the next four months, saving the club around 90 million euros. "Juventus would like to thank the players and the coach for their commitment at a difficult time for everyone," said a statement by the club. Juventus have won the past eight editions of the Italian top flight.

Newcastle United have taken a different approach, they are the first Premier League club to put all their non-playing staff on leave because of the coronavirus pandemic. Newcastle owner Mike Ashley was heavily criticised last week after charging fans for season tickets despite the Premier League being suspended because of the outbreak.