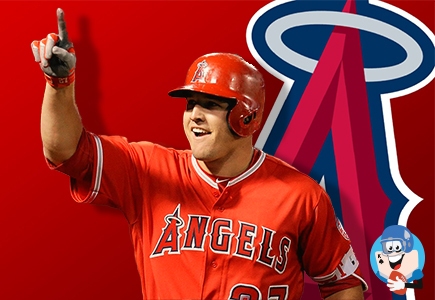 On Tuesday March 19, 2019, the Los Angeles Angels and Mike Trout agreed to the largest contract in professional sports history. The all-star center fielder is now set to make $430 million over 12 years. Trout will receive approximately $36 million on average each year of this deal. The Philadelphia native will no longer be needing to accept those recruiting calls from Bryce Harper attempting to bring him over to the Phillies. I wonder if the Angels will now or in the near future try to acquire other players to become a serious contender in major league baseball. Trout is the kind of player that you can build a franchise around.

Jeff Passan of ESPN had this to say, "A generational talent with an unparalleled set of skills among his peers, Trout has put together arguably the greatest start to a career in baseball history. In 1,065 games, he has slashed .307/.416/.573 with 240 home runs, 648 RBIs, 793 runs and 189 stolen bases. No player in history has put up more wins above replacement through his age-26 season than Trout's 64.3".

Aside from having the All-Star center fielder, Trout, the Angels lack many other great players and it will most likely be a while before the Angels of Los Angeles make a run at a World Series championship. Below is a list of the 40-man roster that was invited to spring training.

That could be a record breaking deal generally but I think there's a few other athletes out there who'd earn a bit more money in the next decade or so than Trout. But...

That could be a record breaking deal generally but I think there's a few other athletes out there who'd earn a bit more money in the next decade or so than Trout. But it's no doubt impressive the length of the contract and the fact that the Angels franchise decided to throw so huge part of their budget to assure Trout signing, it looks inevitable now they'd have to build a team around him cause as David mentioned above they lack a good players at many other positions.