Miracle on The Strip 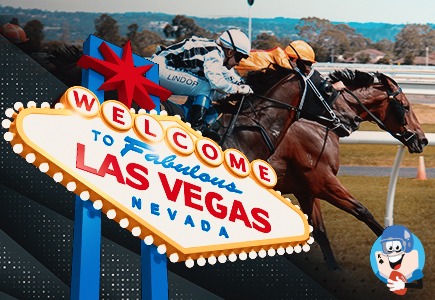 July in Las Vegas is a very hot time of year. The ground temperature was over 105, the humidity was zilch, I was next to broke, and my room rent was due at the rundown motel where I was staying.

A publisher had lured me to the city that never sleeps from Miami, FL....

...where I was closing out an 18-month stint as a publicist for a group of hotels that were trying to legalize casino gambling in Florida. We had narrowly lost the statewide election and I was looking for a job.

Meir Bram owned a Las Vegas publishing house that produced men's magazines. We met in a lounge at one of the hotels backing the legalization. He asked me about my qualifications as an editor, I told him, and he hired me to become editor of a new magazine he planned to launch.

The salary was good, his ideas for the magazine sounded compatible, and I was sold! I gave him the approximate date I would be at his office and we shook hands, cementing the deal.

There was one minor problem:

An investor pulled out and the magazine did not launch.

Bram told me to hang around, he was sure the investor would come through. I wasn't too concerned. I was a poker player and I handicapped the horses. I was impressed with Bram's publishing house and told him I would stay in town as long as my finances held up.

There was a motel in the downtown area that once had seen better times. A statue of a large pink elephant marked the entrance, and I talked the manager into renting me a room for $98 a week.

I began hanging out at Binion's Horseshoe, the Fremont and the Union Plaza where I played limit poker games. Every couple of days I would take a bus to the publishing house to check the status of the magazine. Bram always greeted me cheerfully...

...but told me nothing had happened yet.

One morning I woke up. I had less than $40 in my pocket and the rent was due that evening!

I was in desperate straits. My funds were so short I decided to walk the three miles to Bram's office rather than take a bus.

The pavement along the Strip was so hot it sizzled my feet. I passed pawn shops, casinos, tourists and restaurants, getting hotter and more dismayed by the minute. My thoughts about the publisher and his promises were NOT pleasant.

As I passed a patch of grass off the Strip...

...I saw a man lying there. He was surrounded by empty cans and bottles. His back was against a palm tree and his hand was outstretched and trembling. I hastened my pace and walked past him.

A voice seemed to fill my head. It told me to stop and go back.

As a child I had attended Sunday School in my hometown of Sutersville, PA. One of the lessons taught to my two younger brothers and me...

...had something to do with giving even when you couldn't afford to give. Something about when you give to the poor, you give to angels or to the Lord Himself. Something like that.

I reached in my pocket and felt coins and wet dollar bills. They were wet from my perspiration. I walked up to the prone figure and said, "I came back."

He was bearded and his eyes were closed. They seemed glazed. His hand was shaking. I dropped a couple of dollars into it, feeling foolish. The money could have bought me breakfast at the El Cortez, a casino owned by Jackie Gaughan who was known for his cheap breakfasts.

He didn't say anything. His hand just closed over the money.

I walked to Bram's publishing house. Again, he said he had no work for me. But he smiled and told me the financing had come through. I could start to work for him on Monday.

Monday? It was Friday and my room rent was due.

I mumbled my thanks but my heart wasn't in it. If I didn't come up with $98 by that evening, I would find myself sleeping on a park bench or on the streets.

The walk back to my hotel was painful and hot. I wondered if Hell was any hotter than Las Vegas in July.

My motel was only a couple of blocks from The Horseshoe.

'To hell with it. If I am going to be broke, I'll go out fighting.'

I walked into the casino and glanced at my watch. It was a few minutes after noon. I knew the Place Pick All races at Hollywood Park Race Track would start at 12:30 p.m.

I had played the races before and never won a dime on them. If I could pick all the horses to finish first or second in all eight races, I would be a winner.

Time was a factor. I had less than 20 minutes to handicap eight races. I grabbed a Daily Racing Form and began studying it. I made my selections with less than two minutes to spare and hurried to the seller's window.

I took the ticket and went into the poker room. A $1-3 seven card stud game was in progress and there was one seat available. I took it and bought $20 worth of chips. The races at Hollywood Park were about to start and I watched them on a television monitor in the poker room.

My horses ran first or placed in the first three races. In the fourth race, my choice went off at 9/2. I cheered him to the finish line. It came in second. Four out of four, I thought.

I have a chance.

I hit the fifth and sixth race. In the sixth race I had made two selections and they finished first and second. Now I had two live tickets going into the seventh race. One of the players at the table was a redhead in her 40s. She was playing with her husband. She noticed my excitement and asked me what was going on. I told her.

"Oh, my Lord," she whispered. She grabbed her husband's arm. "Let's pray for him, Jim," she said. The other players perked up and they all gave me a thumbs up sign. I called the poker room manager to the table.

"If I hit the next two races," I said, "I'm buying champagne for the table. Make it the best." I explained my situation to him.

In the seventh race, my horse went off at 5-1 odds. It broke on top and stayed in front to the finish line. I screamed and pounded the table!

"One race to go," I said in disbelief. "Just one more race!"

The redhead grabbed my arm. "This is your day, honey," she said. "You'll do it."

I looked at my choice for the eighth race. The horse's name was Olliman. Then I noticed its age: seven years old.

"I don't believe it," I moaned. "I picked the oldest horse in the race. He'll drop dead of a heart attack before he makes the finish line."

"Not today," the redhead assured me. "Today he'll make it."

When the horses broke out of the starting gate, the waitress served us a bottle of champagne.

"Compliments of the House," she said.

Olliman broke dead last. The horse was running dead last as it approached the turn. It began moving up on the outside. As it neared the finish line it was fourth. I closed my eyes. It'll never make second, I thought. I opened my eyes as the horses hit the wire.

The redhead was screaming, "You won, you won!" Everybody was slapping me on the back. I said, "But Olliman finished fourth."

The poker room manager beamed. "No, it's a photo finish but your horse placed second," he said. "Congratulations."

When the results were posted, I had two winning tickets. Each was worth $6,000!

I left the waitress a good tip, then I collected my winnings and walked to Fremont Street where I hailed a cab. I instructed the driver to take me to the Strip. My plan was to slip the person who had been lying there a $100 bill.

He wasn't on the grassy spot. There were no empty cans or bottles on the spot.

The cabbie said, "Are you sure this is where you saw him? I've been driving this route for two years and I never saw a guy here answering his description."

"This is the place," I said. "It was definitely next to that concrete abutment."

That was when I remembered what the man had looked like. There was a portrait Sunday School class of an artist's rendition of Jesus and they were identical.