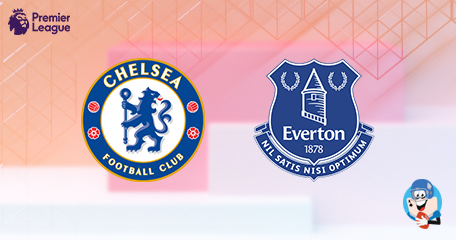 Chelsea are hoping to consolidate their fourth place in the Premier League table when they take on Everton at Stamford Bridge in London on Sunday. The reverse fixture was won 3-1 by the Toffees, Richarlison opened the scoring early on and then Dominic Calvert-Lewin netted a brace to put the result beyond doubt. Overall, in the last six direct matches in all competitions we had two victories apiece and two draws, but Everton have not won at Stamford Bridge since 1994.

Chelsea did well to beat Liverpool 2-0 this week in the FA Cup, they advanced to the quarter-finals where they will face Leicester. In the Premier League, the Blues only managed to get a 2-2 draw at Bournemouth last week thanks to a double from Marcos Alonso. They have won just one of their last six matches in the Premier League and their fourth place is now in danger as Manchester United and Wolverhampton are just three points behind before this weekend's matches. Willian and Mateo Kovacic got injured during this week's FA Cup match and they might miss Sunday's game, along with injured N'Golo Kante, Marco van Ginkel, Callum Hudson-Odoi, Christian Pulisic, Tammy Abraham and suspended Jorginho.

Everton have lost just one of their last seven Premier League matches, but on the other hand they only won three of those seven games. Last week the Toffees did well to get a 1-1 draw at home against Manchester United, but if they want to get closer to the top six they need to win their matches against the big sides. They are just eight points behind Chelsea and if they manage to win this match it could represent a huge boost for them ahead of the final nine matches of the season. Jean-Philippe Gbamin and Morgan Schneiderlin are still out injured for the visitors, while Seamus Coleman and Lucas Digne are doubts.

Chelsea should be quite confident after their performance against Liverpool this week, but they might not be able to put on a similar display just a few days later. Everton are strong and determined to get a result here, and I think we'll see a 1-1 draw.

After a lot of struggles and inconsistent performances prior to that game Chelsea finally have shown in this the good football from earlier this season...and it...

After a lot of struggles and inconsistent performances prior to that game Chelsea finally have shown in this the good football from earlier this season...and it was about time for them cause the top 4 opponents started to breath in their neck really. Chelsea have definitely the better side in this one and Lampard has probably been a mighty relieved to see his team made a count of that and add the 3 very important points to their total.