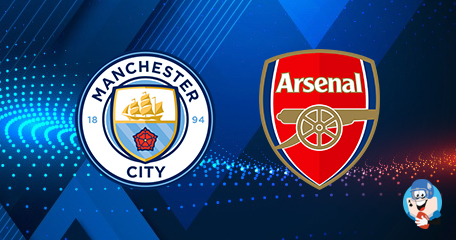 Defending Premier League champions Manchester City are looking to recover from last weekend's derby defeat when they host Arsenal at the Etihad Stadium on Wednesday. The reverse fixture was played in December and Manchester City won it 3-0 while the Gunners were led by interim manager Freddie Ljungberg. That was the sixth consecutive win for Man City against Arsenal, the Gunners have not won a match against the Citizens since 2015.

Manchester City had their five-game winning streak in all competitions snapped last weekend by a painful 2-0 defeat against rivals Manchester United, but their second place in the league table is still pretty much secure. The Citizens have a four-point advantage over third-placed Leicester with a game in hand, in theory it should be enough to guarantee them a quiet season finale in the Premier League. Kevin De Bruyne missed the derby last weekend and is still an injury doubt, Aymeric Laporte is out injured, while Leroy Sane has finally trained with the first-team squad and might be given a spot on the bench.

This will be a special match for Arsenal boss Mikel Arteta, his first match as a manager against his mentor, Pep Guardiola. Arteta served as an assistant manager at Manchester City before his appointment at Arsenal in December, so he is fully familiar with Guardiola's style of play and mentality. The Gunners have won their last three Premier League matches and are undefeated in their last eight, but they are still ninth in the league table. Three points in this match would put Arsenal up in seventh place and with a good chance of fighting for a place between fourth and sixth at the end of the season. Calum Chambers, Cedric Soares, Lucas Torreira, Sead Kolasinac and Hector Bellerin are injured for Arsenal, but Kieran Tierney has returned to training and might be included in the squad.

Manchester City are not in their best form and they might rather be thinking about the Champions League at this point, so I think Arsenal will be able to get a 1-1 draw.

UPDATE: The match was postponed due to coronavirus concerns.