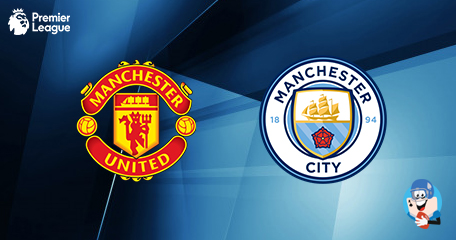 Manchester United are undefeated in their last nine matches in all competitions and they have won six of those nine, including this week's 3-0 triumph over Derby County in the FA Cup. Last week the Red Devils recorded a 1-1 draw at Everton in the Premier League, a result that left them fifth in the league table, three points behind fourth-placed Chelsea. If Manchester City will eventually be banned from European football after the appeal, then that fifth place would ensure qualification for the UEFA Champions League, so it might become a lot more important than it usually is. Paul Pogba and Marcus Rashford are injured and won't play in the derby, while Harry Maguire, Aaron Wan-Bissaka and Daniel James are doubts.

Manchester City have won their last five matches in all competitions, including their first trophy of the season last weekend as they defeated Aston Villa 2-1 in the League Cup final. This week they also advanced to the last eight of the FA Cup with a 1-0 victory over Sheffield Wednesday, while their Champions League campaign is also on track after the 2-1 victory at Real Madrid in the first leg of their last-sixteen tie. Aymeric Laporte is ruled out for this match, Leroy Sane is lacking match fitness and might be included on the bench, while Kevin De Bruyne is an injury doubt.

I expect a close game between two teams that have recorded good results lately, we might see a 2-2 draw here.

United have been definitely on a rise when the season has been stopped because of the virus and the performance in this one has definitely speaking volumes of that. I...

United have been definitely on a rise when the season has been stopped because of the virus and the performance in this one has definitely speaking volumes of that. I still want to see a more of a attacking intend in their game to be honest but it looks now the results are all that matters for Solskjaer to safe his job and it's hard to argue with that really...but a better footballing style also should be a priority too for a club of the Man United size.