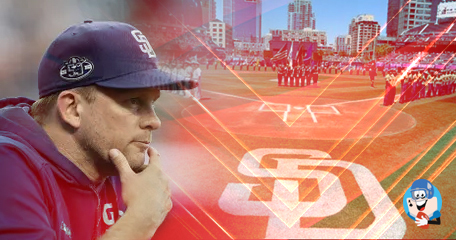 On Saturday, September 21st, 2019, the San Diego Padres made a strong decision for the future of their young and talented ball club. They chose to fire their manager, Andy Green, after four seasons of losing baseball.

While attending his daughter’s soccer game in Del Mar, California, Rod Barajas was called by the general manager of the Padres, A.J. Preller, who asked Barajas to join the team as their interim manager after Green was just let go by the franchise. Rod was a former big league catcher who has some experience as both a bench coach in the bigs and some minor league coaching history as well.

The San Diego team made headlines the previous Major League Baseball offseason. They signed top free agent, Manny Machado, to a big time and long term contract to be with the Padres for a while as their shortstop, third baseman, or actually anywhere they can use him in the infield.

San Diego had picked up Eric Hosmer from free agency not too long ago signing him to a large agreement as well. Their top prospect, Fernando Tatis Jr., shows a lot of signs of being an elite baseball player in the MLB for a long time to come. For these reasons I see why the Padres have so much to look forward to for years to come. Hopefully their franchise can prove they are a respectable team in the National League West with the like of the San Francisco Giants and the Los Angeles Dodgers who have dominated that division for the past decade or so. Good luck to the San Diego Padres!

"I want to thank Andy for his tireless work and dedication to the Padres over the last four seasons," says the general manager of the Padres’, A.J. Preller. "This was an incredibly difficult decision, but one we felt was necessary at this time to take our organization to the next level and expedite the process of bringing a championship to San Diego. Our search for a new manager will begin immediately."

"We feel like we've got a young talented group that has a chance to be competitive," Preller stated to The Associated Press. "We made some progress in the earlier part of season, but as the second half went on, we didn't see the team getting into a spot where we could see continual improvement.

"We feel like a different person in that chair has a chance to take a young, talented group into a different spot."

"You don't want to react to one game or one moment, but it was indicative of what we've seen in the second half, the last month," Preller explained. "Overall when you look at our performance, we feel like we're better than we've been playing. Andy would be the first one to say that."