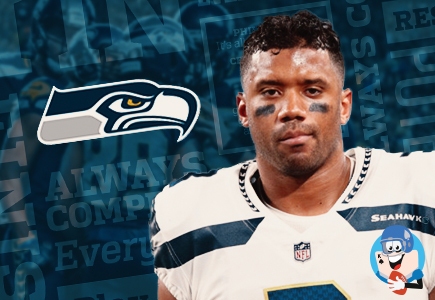 Multiple sources have reported that the Seattle Seahawks quarterback, Russell Wilson, wants a contract extension and apparently, he has set a date for that to happen. Wilson has stated that he wants a new big-time deal by April 15th, 2019, which also happens to be the first day of the Seattle Seahawks offseason training program.

Wilson is in his last year of his current NFL contract, and he feels it is time to get a major payoff. Many other players have been getting early contract extensions well before they get close to entering free agency, and he has proven his value over the extent of his football career in Seattle where it all began.

The player has been the quarterback of the Seattle Seahawks from the 2012 season up until present day, and he has put up some pretty impressive numbers to admire. Over that time, Wilson has managed to rack up 25,624 passing yards on 2,095 receptions by his trusted receivers. He has thrown for 196 touchdowns while averaging a quarterback passer rating of 100.3 over the last seven seasons.

One of the main reasons why the quarterback is such an effective and efficient man under center is because he possesses the dual threat of beating you through the air as well as on the ground running the ball. He has rushed for 3,651 yards, and he has ran the ball in to the end zone 16 times for much needed touchdowns. He averages 5.7 yards per carry, and his quick feet enable him to often escape the pass rush of the defense. Russell Wilson is known for extending plays by scrambling around in and out of the pocket and throwing on the run very well which is an extremely rare and valuable trait for a quarterback.

Believe it or not, the stats above are only referring to his regular season play. His playoff numbers are also quite impressive not to mention the intangibles he provides the Seahawks such as leadership, competitive nature, and clutch performances. Over the last 7 years he has played in the NFL, he has brought his team into the playoffs 6 times.

Throughout his playoff career, he has passed for 3,010 yards on 225 completions while throwing 21 touchdown tosses. Wilson has rushed for 368 hard fought yards in the post season, and he has run the ball in for 3 touchdowns.

Reaction to his Current Demand:

I fully believe that Russell Wilson deserves a long-term big money contract. It is a quarterback driven league these days, and it is hard to find, pick up, or keep a great QB. Wilson has proven himself and as he sits around watching many other players at his position receive huge payouts, he just wants what he believes is fair. If the Seattle Seahawks don’t give him the contract extension that he wants I am sure another NFL franchise will after this last remaining year of his current deal. Good luck Seattle!

Give the man whatever he wants or else watch him go to a team that will.