Serie A: Juventus vs Inter preview 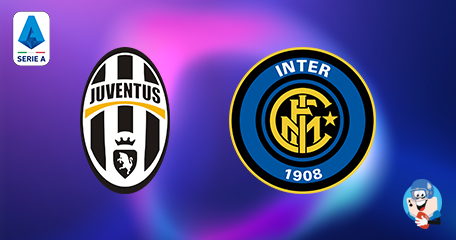 A huge match will take place at Allianz Stadium in Turin on Sunday, a match that could decide who wins the Serie A title this season as defending champions Juventus take on third-placed Inter. The reverse fixture was played in October and Juventus won it 2-1 with goals from Paulo Dybala and Gonzalo Higuain. Juventus have won four of the last six direct matches in all competitions, and the other two were draws. This match will be played behind closed gates due to the coronavirus outbreak in Northern Italy.

Juventus are at the top of the table after 25 matches but second-placed Lazio are just one point behind and the Bianconeri's recent form is far from perfect. Last week they managed to get a narrow 2-1 victory over Spal in Serie A, but this week they lost 1-0 at Lyon in the UEFA Champions League first knockout round, putting their qualification chances in serious risk. Out of the last seven matches in all competitions Juventus have won three and lost three, definitely not the kind of form that would lead them to the Serie A title. Gonzalo Higuain, Sami Khedira,    Merih Demiral and Douglas Costa are all injured and will miss Sunday's match.

Inter had their Serie A match postponed last week due to concerns regarding the spread of the coronavirus in the Lombardy region, so now they are six points behind Juventus but with a game in hand. Meanwhile they have secured a quiet qualification in the UEFA Europa League, beating Bulgarian side Ludogorets 2-0 away and 2-1 at home. Inter have lost just two Serie A matches this season, and both defeats were against their direct title rivals, Juventus and Lazio. Roberto Gagliardini and Stefano Sensi are the only injury concerns for the visitors, who should be able to field first-choice goalkeeper Samir Handanovic again after having missed a few games through injury.

Playing such a big match without any spectators will be a pretty sorry sight, but the two teams should be able to focus and fight for the three points. I don't think either of them would get them, though, I expect a 1-1 draw.