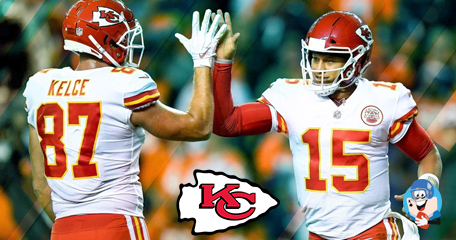 St. Joseph, Missouri is the location of the Kansas City Chiefs’ training camp, and it sounds like all is well coming from the mouths of All Pro tight end, Travis Kelce, along with his young superstar MVP quarterback, Patrick Mahomes. They both seem to be have nothing but great things to say about their offense and their team’s chances to excel in the AFC this upcoming season.

The Kansas City Chiefs’ high-powered offense is a thing of beauty when running on all cylinders. They have one of the best quarterbacks in the National Football League under center in Mahomes. Coming off a miraculous season as a starting gun slinger in the NFL in which he led the league in pretty much every offensive/passing statistic while coming up just short of making it to the Super Bowl.

The Chiefs ended up losing a very close football game to Tom Brady and the New England Patriots in the AFC Championship game last year by the final score of 37-31. Of course, the Patriots won the Super Bowl again last season, but this year the Chiefs have the confidence and belief they can compete for the NFL championship and win it all.


Sports Events Back to articles