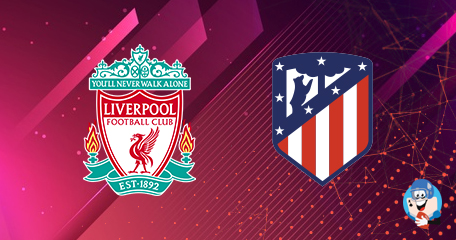 Premier League leaders Liverpool are hoping to pull off a figthback on Wednesday evening, when they host LaLiga side Atletico Madrid at Anfield for the second leg of their UEFA Champions League last-sixteen tie. The Spanish outfit won the first leg 1-0 thanks to an early goal from Saul Niguez. That was the first direct meeting between the two sides since their UEFA Europa League semi-final tie in 2010, which Atletico won on away goals. Liverpool have never beaten Atletico by two goals or more, a result which they now need to qualify.

Liverpool have been dominant all season but now it all seems to be coming unstuck, they have lost three of their last five matches in all competitions and crashed out of the FA Cup last week. They did recover at the weekend with a narrow 2-1 victory over Bournemouth, fighting back from 1-0 down. But beating Atletico by more than two goals is a tough ask for any team, regardless of their name or form. The Reds have not won a match by more than a goal since the first day of February, when they defeated Southampton 4-0 in the Premier League. Xherdan Shaqiri remains sidelined, while Alisson, Jordan Henderson and Andrew Robertson are injury doubts.

Atletico Madrid are having a disappointing LaLiga campaign and they have already dropped out of the Copa del Rey, so the UEFA Champions League is their only chance of doing something memorable this season. They are undefeated in their last six matches in all competitions but their last two LaLiga matches ended with draws, a run which saw them drop out of the top four in the league table. Thomas Lemar, Alvaro Morata and Renan Lodi are injury doubts for Atletico ahead of Wednesday's match.

Liverpool have not been in great shape lately but this is a very important occasion for them and I believe that manager Jurgen Klopp will be able to motivate his players well enough to qualify, I predict a 2-0 win for the Reds.

It's been a funny game that one...not if you're a Liverpool supporter though ;) After completely dominating the game through all the 90 min Liverpool were unable...

It's been a funny game that one...not if you're a Liverpool supporter though ;) After completely dominating the game through all the 90 min Liverpool were unable to score a second goal and take advantage of that, instead the game entered an extra time where Adrian did his famous mistake. I don't think the liverpool keeper is the only one to blame though cause this game should of never gone into an extra time if the Liverpool players have been taking at least two of the multiple scoring chances they've got.