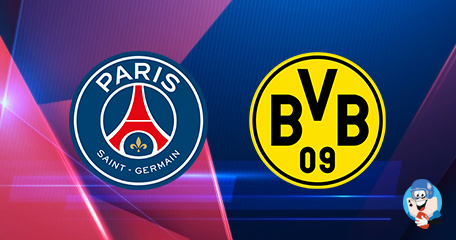 French champions Paris Saint-Germain are looking to pull off a comeback and qualify for the quarter-finals when they host Bundesliga side Borussia Dortmund at Parc des Princes for the second leg of their UEFA Champions League last-sixteen tie on Wednesday. The Germans won the first leg 2-1 with a double from teenage sensation Erling Braut Haaland, while superstar Neymar scored for the French side. That was the first ever victory for Dortmund against PSG, the previous two meetings were played in 2010 and both ended with draws.

Paris Saint-Germain are hoping to win the UEFA Champions League this season, they have been trying that for the past few years but always came short. This time they are in pretty good form, they have won all their three matches in all competitions after the first-leg defeat, including a 5-1 victory at Lyon in the French Cup last week. That defeat was their only loss in 27 matches in all competitions. Marco Verratti and Thomas Meunier are suspended for this match after getting booked in the first leg, while Thiago Silva and Colin Dagba are injury doubts. Kylian Mbappe did not train with the squad on Monday due to illness and might miss out as well.

Borussia Dortmund are in excellent form as well, they have won their last five matches in all competitions and conceded just two goals in the process. Last weekend they won 2-1 at Borussia Monchengladbach and moved up to second place in the Bundesliga table. They have scored in each of their last nine away matches in all competitions, if they manage to do that in Paris then they would have a great chance of qualifying. Marco Reus and Thomas Delaney are the only injury concerns for the visitors.

Both sides are very capable of scoring goals, I expect a spectacular match which might lead to a 2-2 draw and qualification for the visitors.

Here are the odds for this match at NetBet:

I think PSG were by far the better team in this second leg and fully deserved overcame Dortmund and progressed to the next knock out stage. I've expected more from...

I think PSG were by far the better team in this second leg and fully deserved overcame Dortmund and progressed to the next knock out stage. I've expected more from the German side who definitely has the quality but I think once again Dortmund players and coaching stuff have shown lack of mentality and leadership qualities in a pressure moment.