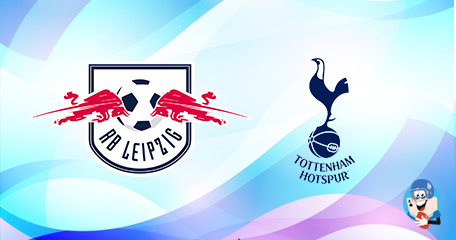 Bundesliga side RB Leipzig are looking to get to the UEFA Champions League quarter-finals for the first time in their history when they host Tottenham at Red Bull Arena for the second leg of their last-sixteen tie on Tuesday. The German side won the first leg 1-0 with a second-half goal from Timo Werner. That was the first ever direct meeting between the two sides. Tottenham have won just 5 of their 14 away matches against German teams in European competitions.

RB Leipzig have a significant advantage after the first leg as they could qualify to the quarter-finals with a draw in Tuesday's match, and considering their recent record a defeat seems quite unlikely. They are unbeaten in their last five matches in all competitions and have conceded just one goal during this streak. Last weekend they recorded a goalless draw at Wolfsburg, a result which saw them drop to third place in the Bundesliga table. Willi Orban, Ibrahima Konate, Tyler Adams and Kevin Kampl are injured and won't be in the squad for Tuesday's match.

Tottenham are in a bit of a crisis and a qualification to the UEFA Champions League quarter-finals could do wonders for their confidence. They are without a win in their last five matches in all competitions and have lost three of them, starting with the first leg against Leipzig. Last week the Spurs got knocked out of the FA Cup by Norwich and at the weekend they were unable to get more than a 1-1 draw at Burnley in the Premier League. They dropped to eighth place in the league table and might even slide into the second half of the table if they don't start winning soon. Harry Kane, Moussa Sissoko and Son Heung-Min remain sidelined for the Spurs, and new signing Steven Bergwijn is also unavailable.

Tottenham have been quite weak lately and Leipzig will surely try to take advantage, I think the home side will win 2-0.

4-0 in aggregate score is probably the best Spurs could of hope for when we see how they've been performed as of late not only in the CL but in the PL as well. I've...

4-0 in aggregate score is probably the best Spurs could of hope for when we see how they've been performed as of late not only in the CL but in the PL as well. I've been watching the first leg in London and I thought Leipzig should of scored at least 3 or 4 times view on how dominant they were...but they fixed that in the second game. Spurs and Mourinho look lost at the moment and it looks like the Portuguese lost his mojo for years now.