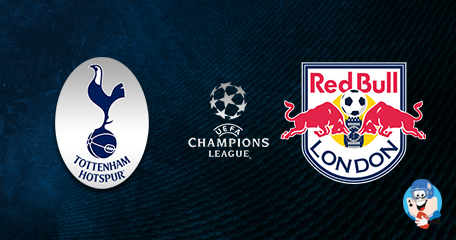 UEFA Champions League finalists Tottenham have a tough team to battle in the first knockout round of this year's competition, they host Bundesliga side RB Leipzig in the first leg of their last-sixteen tie on Wednesday at Tottenham Hotspur Stadium in London. This is the first ever meeting between the two teams and also the first clash against an English team for RB Leipzig. Tottenham have a good home record against German teams so far, they have won 8 of 12 matches in London.

Tottenham are hoping for another great run in the UEFA Champions League, especially since a top four finish in the Premier League is not at all guaranteed for Jose Mourinho's side. Last weekend they had to battle hard and rely on a stoppage-time goal to grab a 3-2 victory at Aston Villa, their third consecutive win in all competitions. In the Champions League, Tottenham finished second behind Bayern Munich in Group B, losing both matches against the German giants. Son Heung-Min, Harry Kane and Moussa Sissoko are all out injured, while Juan Foyth and Erik Lamela missed last weekend's match and are doubts for Wednesday's game.

RB Leipzig are having another solid Bundesliga season, they have established themselves as title challengers in the German top flight and they might even win it before too long. Last week they secured a 3-0 home victory over Werder Bremen and remained just one point behind league leaders Bayern Munich. That result ended a poor streak of four matches without a win in all competitions, they have won just two of their six matches after the winter break. In the Champions League, Leipzig had an almost perfect campaign so far, they finished top of Group G ahead of Lyon, Benfica and Zenit. Central defender Dayot Upamecano is suspended for this game, while Willi Orban, Ibrahima Konate, Tyler Adams and Kevin Kampl are injured.

This should be an intense and spectacular match, both teams are quite capable of scoring and they most likely will, I expect a 2-2 draw.

Here are the odds for this match at NetBet: