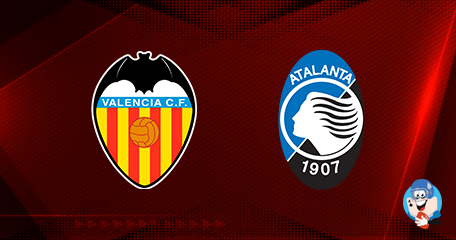 LaLiga side Valencia will attempt a miraculous comeback in the UEFA Champions League when they host Atalanta at Estadio de Mestalla for the second leg of their last-sixteen tie on Tuesday. The Italian side won the first leg 4-1, Denis Cheryshev scored a vital second-half goal for Valencia when the score was 4-0. That was the first ever direct meeting between the two sides. Valencia don't have a great record against Italian sides in European competitions, they have won just 5 of their 12 home matches and this time they would need a big win to pull through.

Valencia are still in with a chance to qualify but they need a 3-0 victory or better, and considering their recent form such a result seems quite unlikely. They have won just one of their last seven matches in all competitions and that victory was 2-1 at home against Betis. The last time they won a match by three goals was at the beginning of November, when they defeated Lille 4-1 in the UEFA Champions League group stage. Last week they recorded a 1-1 draw at Alaves, a result which kept them in seventh place in the league table. Maxi Gomez, Ezequiel Garay, Cristiano Piccini and Eliaquim Mangala are injured for the home side.

Atalanta are on a four-game winning streak in all competitions, but they have not played at all last week due to matches being postponed in Italy among concerns regarding the COVID-19 epidemic. Their last result was an impressive 7-2 away victory at Lecce, a result that left them in fourth place in the league table despite having a game in hand on fifth-placed Roma. Atalanta have not lost a match since January and since then they have recorded big wins like a 7-0 against Torino and also the 4-1 over Valencia in the first leg. In fact, the last time they ended a match without scoring was in November. Rafael Toloi and Berat Djimsiti are the only injury doubts for Atalanta.

Atalanta are extremely powerful in attack and I doubt that Valencia will be able to prevent them from scoring, I believe we might see a 2-2 draw here.

Atalanta are definitely one of the most entertaining and pleasing on the eye teams in Europe this season with the full time attacking intend in their style. Particularly...

Atalanta are definitely one of the most entertaining and pleasing on the eye teams in Europe this season with the full time attacking intend in their style. Particularly in the games against Valencia they didn't faced too much trouble and scoring 8 goals in total for both legs just confirmed their dominance and deserved qualification for the next stage.