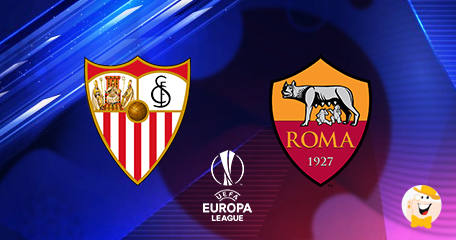 LaLiga side Sevilla host Serie A outfit Roma at Ramon Sanchez Pizjuan Stadium on Thursday for the first leg of their UEFA Europa League last-sixteen tie, with both sides hoping to go all the way in this season's competition. This will be the first ever direct meeting between these two teams in an European competition. Sevilla have won 5 of their 12 matches against Italian teams so far and 3 out of 5 at home, while Roma have beaten Spanish teams 11 times out of 34 occasions, and only 4 times out of 17 away from home.

Sevilla had a tougher time than expected in the first knockout round, they faced Romanian champions CFR Cluj and they pulled through after two draws, 1-1 away and 0-0 at home. They are undefeated in their last six matches in all competitions but four of those six were draws, including last week's 2-2 at Atletico Madrid. That result allowed Sevilla to remain third in the league table, but the battle for those third and fourth spots will be quite intense as seventh-placed Valencia are just five points behind. Fernando is the only injury concern for the home side, he is expected to be sidelined until May.

Roma had a bit of a rest in recent weeks due to the coronavirus outbreak in Italy, their Serie A matches got postponed and their last result is a 4-3 victory at Cagliari on March 1. In the first knockout round of the UEFA Europa league they faced Belgian side Gent and pulled though after a 1-0 victory at home and a 1-1 draw away. Roma are currently fifth in the Serie A table but there is a serious chance that the season won't be finished. Jordan Veretout is suspended for this match, while Diego Perotti, Nicolo Zaniolo, Davide Zappacosta and Lorenzo Pellegrini are out injured.

Sevilla are very strong at home but this match will be played without spectators, I think Roma will be able to score an away goal but in the end the home side will win 2-1.

UPDATE: The match was postoned as an effect of the coronavirus outbreak.