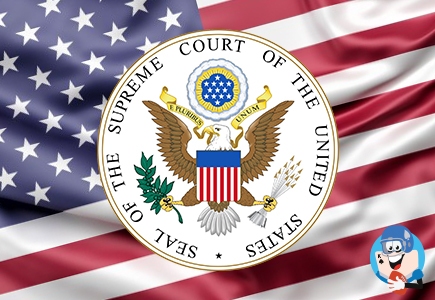 A piece of history has been made this Monday as US Supreme Court ruled in favor of New Jersey's sports betting and horse racing case that will have immense consequences, as nation-wide sports betting legalization is currently pending.

The Court has also put an end to the federal law that was effectively banning the act in the US, by overturning the Professional and Amateur Sports Protection Act (the only few states that have sports betting legal within their borders are Nevada, Oregon Delaware and Montana).

Almost immediately, share prices of major US leagues and sporting organizations have skyrocketed, among them such names as Paddy Power (whose share price rose by 10.5%) and William Hill (9.4%).

Justice Samuel Alito, on behalf of the Supreme Court, weighed in on this matter by stating: 'The legalization of sports gambling requires an important policy choice, but the choice is not ours to make. Congress can regulate sports gambling directly, but if it elects not to do so, each State is free to act on its own. Our job is to interpret the law Congress has enacted and decide whether it is consistent with the Constitution. PASPA is not.'

The official statement of the American Gaming Association reads: "Today's decision is a victory for the millions of Americans who seek to bet on sports in a safe and regulated manner. According to a Washington Post survey, a solid 55 percent of Americans believe it's time to end the federal ban on sports betting. Today's ruling makes it possible for states and sovereign tribal nations to give Americans what they want: an open, transparent, and responsible market for sports betting."


General Sportsbook News Back to articles

great news for the USA punters!

A huge decision really for all the US punters who have been expecting that. As far as I know every state would decide for themselves whether they would legalize...

A huge decision really for all the US punters who have been expecting that. As far as I know every state would decide for themselves whether they would legalize sportsbetting or not and I guess there would be more than just a couple of states interested. That decision was inevitable I think and I was expecting it from a few year back.