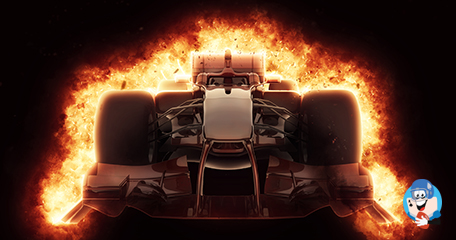 Have you ever gone on a car rally planned by a real rally master? If you haven't, hold onto your seats and get ready. The experience is a blast.

Lutz "Lou" Fabig owned a Volkswagen dealership in Phoenix, AZ. in the 1970s when I worked there as a reporter. A native of Germany, he had been a race car driver in his homeland and also promoted car rallies, a talent he took with him when he emigrated to the United states.

One morning my editor Vic Thornton tossed a press release on my desk. It was from Fabig and it announced an upcoming three day rally that Lou was sponsoring. The release included a free ticket into the rally as well as an invitation to a lunch to meet the Rally Master.

"Sounds like a good story," Thornton said. "Would you like the assignment?" I told him I would be happy to volunteer for it.

Fabig turned out to be a solidly built German full of stories about car racing and rallying. He was also a gambler. He handicapped horses and played poker. Our meeting was the beginning of a beautiful friendship.

He even volunteered to lend me a used Volkswagen to drive in the rally and told me how the rules worked.

It will be up to the navigator to interpret the rules in order to get from the starting line to the finish. The instructions are meant to confuse the navigator and they are tricky."

Fabig gave me a fiendish grin.

"I purposely designed them to get you lost," he said. "That is what car rallies are all about."

My wife, Nan, was my navigator. We called on a neighbor to baby sit our two children and prepared for our three day adventure.

A total of 35 vehicles showed up at the Blackhawk bar. They included sports cars, a pickup truck and a motorcycle with a sidebar.

The pickup was owned by my actor friend Dick Alexander. The bed of the truck was filled with beer. Dick was obviously going to have fun as was his navigator, a young horseback rider named Chris.

We lined up for the start. Each vehicle left at one minute intervals. Fabig came by my car and said, "I can't tell you where you will be going, but do you like to gamble?"

"That's one of my passions," I admitted.

"Then you will be very happy," he said.

One minute before we left, Nan was handed two stapled pages that contained 35 instructions. The first one said TURN RIGHT ON INDIAN SCHOOL ROAD. The signal master came up to our car, checked his watch, and waved the flag. We were off.

Rally participants must adhere to the speed limits and are judged on mileage and time. If you follow the instructions correctly and make all the check points, you win. Sounds simple, doesn't it?

It is anything but simple.

Fabig had spent a week laying out the rally and he was good at his job. As we cruised through Phoenix, Nan read the instructions. One said TURN RIGHT AT DEAD COW.

The dead cow turned out to be a life-sized sign o a dairy cow that advertised milk. Fabig called it a dead cow because the sign was riddled with bullet holes.

We religiously followed the instructions and wound through the Arizona desert. From time to time we would run across one of the other rally participants. Some were lost, hopelessly wandering in circles and adding to their mileage.

Our gray Beetle stayed true to the task and we covered hundreds of miles before we ended up at Mormon Lake where we would spend the night in a motel. We got there around 7 p.m. Fabig was waiting with a cherubic grin. 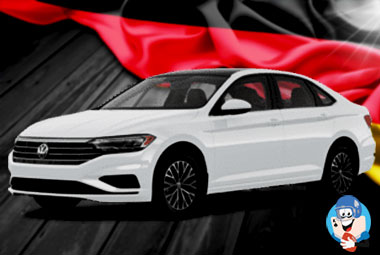 There was a party that evening in a restaurant at the lodge. One thing I discovered about rally participants. They drink a lot.

At 6 a.m. the following morning, we resumed our journey. The rally instructions took us farther north and we crossed the Nevada state line. Around 2 p.m. we arrived in Las Vegas. The check point was a motor hotel on the Strip where we would spend the night.

Fabig gathered all the drivers and navigators in front of the motel and told us the rest of the day belonged to us.

"Don't gamble away all your money," he said. "We have no contingency funds to take care of any cash emergencies. Just remember that we will leave Las Vegas at 7 a.m. tomorrow with or without you. Good luck."

That day I played poker, blackjack and the horses. Fabig joined me in my gambling. Both of us won money and we had fun. Nan played the slot machines.

The following morning we gathered in front of the motel and lined up for our return trip to Phoenix. The starter had his flag in hand and waved the first car into action.

We headed south toward Phoenix. Once we got lost and went about 10 miles out of our way before we corrected our route. I made up for the time by speeding. One of the rules was that if we were given a ticket, we would be disqualified.

Just before sunset we arrived at the final checkpoint, the Blackhawk bar. A victory party was waiting for us and Fabig was in fine form. We gathered inside the bar to share drinks and food. One of the rally participants was carrying the bumper from his car. He had gotten lost in the Nevada desert, hit a large rock, and dislodged his bumper.

Fabig wagged his finger at him.

When Fabig tallied the times and penalty points, Nan and I discovered we had finished fifth, not bad for our first rally. All I can say is if you have an opportunity to compete in a car rally, take advantage of it. You'll never forget the experience.