The prestigious sport of Ice Hockey is a team sport played on ice, most commonly in a rink, in which two teams of skating players use sticks to shoot a vulcanized rubber puck into the goal of the opponent in order to score points. It’s a fast-paced and extremely physical game, with teams usually consisting of six players on each side including one goaltender playing alongside five players who skate back and forth with the ultimate goal of putting the puck in the net of the opposing team.

Unlike the other popular sports when it comes to the pure essence of professional ice hockey, there is one and only one true legend or father of the game, Wayne Gretzky, aka “The Great One.” Reasonably speaking, Gretzky has earned and owns the majority of all important and/or relevant records in the game and not by a minimal margin either – he set bars that will never be broken. 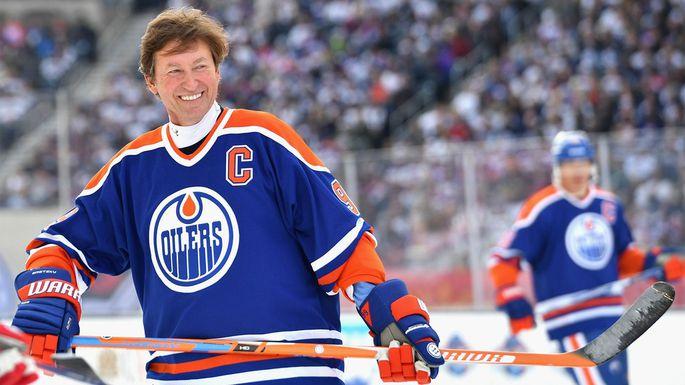 Before placing your bet, it's important to have an extraordinaire comprehension of the money line first and foremost as it is the most common type of betting when it comes to wagering on the NHL. The puck line is also a common option (more on this further down the road). Totals, also known as Over/Under, refers to the overall final score. Various scenarios of the standard sportsbooks operators commonly provide the “Grand Salami” bet genre, which is the combined total of all the games that are played on a particular day in Ice Hockey.

Most recently, bookmakers utilize 20-cent line on the NHL. The ‘20-cent line’ is in reference to the separation in the odds of the favorite and the odds on the underdog. As observed with other sports and sporting events, such as baseball, football, basketball, etc., the odds on a heavy favorite will often be higher than 20 cents (USD) in terms of the current industry standards. When placing various types of bets on the National Hockey League, the common wager will be comparative to the following examples:

However, the odds on an Ice Hockey event with a bigger favorite are more inclined to look like this:

The larger separations in the odds are fairly similar in most major sports, not just hockey, so it isn't as if hockey bettors are held to their own individual gambling standards.

While gambling on the victor of the particular event, as seen in the examples above, is inevitably the most widespread type of betting for NHL games, there is also the puck line. Bettors in other major world-wide sports will recognize this as being quite the same as the run line. When deciding to bet on the puck line, players have the option to take St. Louis either lay 1.5 goals with the favorite or take 1.5 goals on the lessor of the two.

Now, Boston supporters will come out on top if Boston wins the game or they end up losing by one goal, while Nashville bettors can only win the bet if their team wins by a minimum of 2 goals plus. Boston bettors are now asked to risk $240 to $100 and Nashville bettors are putting up $100 (USD) to win $200 (USD).

Likewise, Nashville bets will be successful if the Predators win or lose by one goal, while bets on Boston will only win their bet if the Bruins win the game by two or more goals.

There is one significant difference in betting ice hockey total score bets instead of betting basketball and football total, because pointing in terms of hockey is so much lower than the score totals in football or basketball, the odds makers are encouraged to manipulate the number of a total combined score in a game.

For example, when gambling on the over/under of the total score between Detroit and Pittsburgh it is 6 goals, and a gambler places a $500 bet on the over, the sportsbook is unlikely to increase the total to 6.5. Players who want to go over 6 risk $120 to make $100, which is written as -120. Those wishing to bet the under would then be able to wager at even money, or +100, as totals nearly always use a 20-cent line.

If people progressively bet the over on the game, the operator will ultimately adjust the odds higher until the users may possibly need to risk $145 to win $100, or -145. In the above example, an under bettor would risk $100 to win $125. The oddsmaker will commonly up the odds to -145 prior to increasing the total to the corresponding number ahead, which in this case would be 6.5.

So, totals can establish several different forms, but it will often be closely related to one of the two following demonstrations:

In the initial example, gamblers are encouraged to bet $110 to win $100 whether or not they put money on the over and the under. This is occasionally insinuated as "5.5-flat" confirming it is -110 on both the over and under.

In the former example, players who plan to bet on the over in order to have to jeopardize $135 in the hopes of winning $100, while people taking the under effectively will risk $100 to win $115. This is commonly discussed as "5.5-Over".

The Grand Salami is a bet especially designed for ice hockey. The Grand Salami enables fans of hockey to participate in betting on every game being played on the same day for the cost of one simple bet.

The Grand Salami functions by operators allowing their customers to bet over or under on the total number of pucks netted in all of the games played on a specific day. If there are 10 games on a day, the Grand Salami type of bet will total somewhere around 50 to 60 goals, relying on the outcome of the games. Respectively with regular totals, there will be examples when gamblers are put in a position to give better odds on taking the over or the under.

Check Sportsbooks for the best odds and promotional offers. Below are a few suggestions to get you started.

The prestigious sport of Ice Hockey is a team sport played on ice, most commonly in a rink, in which two teams of skating players use sticks to shoot a vulcanized rubber puck into the goal of the opponent in order to score points. It’s a fast-paced and extremely physical game, with teams usually consisting of six players on each side including one goaltender playing alongside five players who skate back and forth with the ultimate goal of putting the...