Alan Gendreau to be the First Openly Gay Male US Athlete 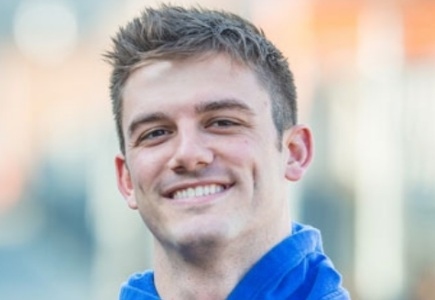 A college team kicker from Florida hopes to play for the NFL and he could be the first US male athlete to be so open about his personal life.

"The whole culture has shifted. Sports are way behind," Cyd Zeigler, co-founder of Outsports.com, told ABCNews.com. "But the NFL is about winning. It's not about whether you're gay or straight."

Zeigler also commented on Gendreau being the first male athlete in the US to be openly gay.

"Now, today, I can say yes, this is not going to hurt his chances," Zeigler said. "If some person doesn't like it that much, another person will like him because of it."

"Right now, looking back when I'm 40, I can't say I gave it my best shot," Gendreau told Outsports.com. "I can't say I really tried to make it into the NFL. Last year I did it half-assed. If I don't give it everything I have now, I'll regret it for the rest of my life."

Gendreau has his eye on a career in the NFL and will continue getting into shape during the off season until he gets that chance.
General Sportsbook News Back to articles