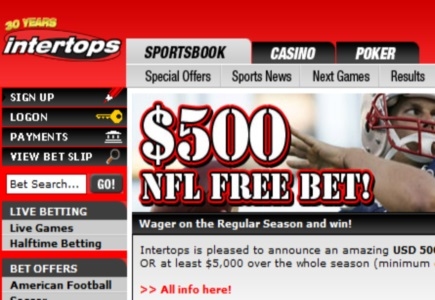 There are high hopes for Brazil for this year's World Cup. Thus far, they have obtained a total of five World Cup titles, which is more than any other country has been able to achieve. With a home-advantage, all seems to be in Brazil's favor.

Promoting the country's win is Intertops Sportsbook. In fact, they have projected Brazil (-303) to beat Croatia (+900) in the opening match, which will take place this Thursday. The only concern for the team, is whether or not they will be able to withstand the pressure that has been placed upon them to win.

Intertops bookmaker comments, “Brazil does, of course, have a good chance of going all the way, but their South American rivals, Argentina, will also be a big threat, especially if superstar Lionel Messi can find his top form again after his rather disappointing end to the season. Who knows – but I somehow doubt the Cup will be coming back to Europe this year!”

As of yet, there has been no European team to take the title in South America. To make matters worse for European teams, many of their best players have been injured, making it likely that such injuries may affect their ability to play. Injured players include Portugal's, Cristiano Ronaldo, Spain's, Diego Costa and France's, Franck Ribery.

Intertops bookmaker further adds that he will be closely watching Belgium, stating, “They haven't made a splash in big tournaments since the 1980 European Championships, but have a highly talented team full of players who star for top clubs across Europe. Much is expected of them!”

Intertops will be offering up a variety of bets on all games. In addition, they offer a range of live betting options and will also be hosting an exclusive in-play offer to customers, which is set to include Risk-Free Live Bets during five World Cup games. To make the deal even sweeter, if the first live bet placed does not win, it will be refunded up to $100.

Offers are as follows:

Each match day, those wagering on the tourney will have the chance to win a $500 prize.

The World Cup Bracket Contest will run until June 12th. Predict all 64 winners and win $100,000. If no one predicts this correctly, then the top 20 customers will receive prizes. In this case, the top prize of $5000 will go to the individual with the most correct picks.