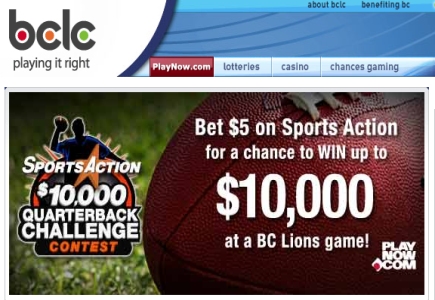 Collaboration between British Columbia and Manitoba

According to a joint announcement, the two Canadian provincial lotteries British Columbia and Manitoba are to collaborate on the introduction of online gambling facilities for Manitoba residents.

The Honourable Rich Coleman, Minister Responsible for British Columbia Lottery Corporation (BCLC) explained their position: "We launched online gaming in British Columbia to provide a secure and legal option for people who play online and to keep revenues in the province that otherwise would be going to illegal gambling sites. We are pleased to share our expertise with Manitoba to strengthen regulated online gambling in Canada."

The BCLC's business model, which has been successfully operating as Playnow website was recognized as the best choice for regulated online gambling in Manitoba province according to Manitoba Lotteries spokesman.

As Michael Graydon, president and CEO of BCLC said: "Innovation is key to growth in any business. We are creating a new revenue stream for BCLC by leveraging our experience and the expertise of our best-in-class vendors and providing these services to another jurisdiction." It is understood that Openbet will be a technology and content supplier in the deal.

The Manitoba website is expected to be launched in 2013, with casino and poker games, and a possible availability of sports betting and bingo after the site goes live. BCLC will provide and manage site design, development and testing services. and the site will be regulated by the Manitoba Gaming Control Commission.

Manitoba Lotteries Minister Steve Ashton said as online gambling was already present in Canada, Manitoba needed to keep up with the industry: "There are 2,000 sites currently and an estimated $37 million that goes into online gaming, much of it which goes out of the province. We view the new site as a way of keeping that in the province," and Manitoba Lotteries will operate the e-gaming offering.

It is believed that the online site will bring in $1.5 million in its first year and about $17 million a year by 2018, whilst five percent of its net revenues will be used to fund gambling addiction programs.
General Bingo News General Sportsbook News Sports Society News Back to articles