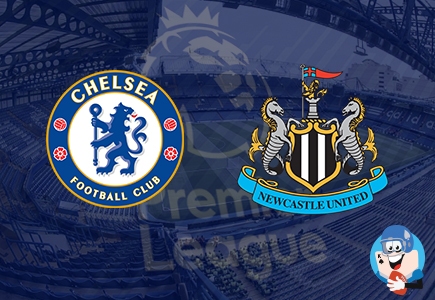 Chelsea are looking for their first league victory of 2019 and Saturday's match looks like a perfect opportunity as they host struggling Newcastle at Stamford Bridge. The reverse fixture was not an easy one for the Blues, they opened the scoring through Eden Hazard from a penalty kick, then Joselu netted an equalizer for the Magpies before DeAndre Yedlin put one past his own goalkeeper with just three minutes left in the game. Chelsea have won their last six home matches against Newcastle in all competitions, the Magpies have not won at Stamford Bridge since 2012, when they grabbed a 2-0 victory.

Chelsea have started the new year with an unconvincing goalless draw at home against Southampton in the Premier League, a result which left them four points behind third-placed Tottenham in the league table. They recovered with a 2-0 victory over Nottingham in the FA Cup a few days later, but then they lost 1-0 at Tottenham in the first leg of the League Cup semi-final earlier this week. Alvaro Morata missed that match due to a hamstring injury and he is expected to be out of contention for Saturday's game as well. Ruben Loftus-Cheek and Andreas Christensen are also injured and expected to miss out.

Newcastle are still struggling to move away from the dangerous area of the Premier League table, their three-game winning streak in November seemed to signal the beginning of a new era for them this season but now they are just two points above the relegation zone. The Magpies have won just one of the following eight league matches after that winning streak and lost 2-0 at home against Manchester United in their first match of 2019. Last weekend they failed to get past Blackburn in the third round of the FA Cup, the match ended 1-1 and the two teams will have to go through a replay. Ki Sung-yueng and Yoshinori Muto are away on international duty at the Asian Cup, while Karl Darlow is injured.

My prediction: Chelsea to win 1-0, the Blues are not in their best form but they should be able to squeeze past Newcastle.

It's a lot harder for Chelsea recently after the great start of the campaign they've had and the goals coming quite tough lately. There's a strange vibe around...

It's a lot harder for Chelsea recently after the great start of the campaign they've had and the goals coming quite tough lately. There's a strange vibe around the club as Morata and Villian's future's not certain at the club and a proven goalscorer like Giroud not being played regularly despite the lack of goals. They have to win that and I guess they will...but I think Benitez would make sure his team is well set at the defensive side of the field as most of the times. Chelsea to win 2-0.