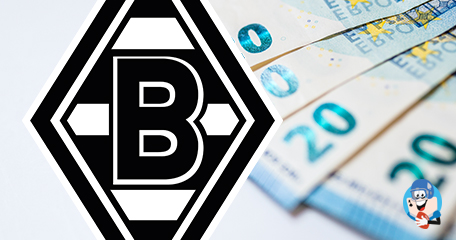 Amid all the bad news regarding the coronavirus epidemic, we have an emotional story from Germany: Borussia Monchengladbach's players have offered to forgo their wages as the pandemic could affect thousands of jobs within the industry. The top two divisions in Germany are currently suspended until 2 April, but most likely the suspension will be extended until the end of April as the country has to deal with almost 15,000 coronavirus cases.

"The players know what's going on," said the club's managing director Stephan Schippers. "It is their job. They have already informed themselves and thought about it." On Wednesday the German Football Association announced the national team was going to donate 2.5 million euros to help fight the crisis in the country. Borussia Monchengladbach are the first professional club in Germany at which players have offered to give away part of their salary, and coach Marco Rose followed suit.

"The team has offered to forgo salary if it can help the club and the employees," added Schippers. "The goal is for Borussia Monchengladbach to survive this corona crisis. The goal is to do this without having to give notice of termination. To do this, we will all have to work hard together and we cannot rule out that this will also include measures being taken by affected companies throughout Germany, for example the use of short-time work." The football industry in Germany currently employs around 56,000 people.

Most clubs have already lost money and will continue to do so if the season will be reopened with matches being played without spectators.

This is no doubt a noble act from the Borussia Monchengladbach's players and also from the national team players, won't praise the German FA cause I assume the money...

This is no doubt a noble act from the Borussia Monchengladbach's players and also from the national team players, won't praise the German FA cause I assume the money come from the players. I expect to see more of that from the top tier player across Europe cause it's really a way not only lower league teams/players to be helped but also people struggling from the pandemic in general, so big thumbs up for this one.