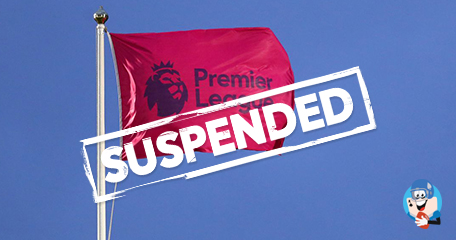 The Premier League clubs have decided to extend the suspension of the competition, this time without a set return date. The Premier League was supposed to restart its matches at the beginning of May, the competition was suspended until 30 April. On Friday the clubs discussed the issue again and this time decided to announce that the season will not resume until "it is safe and appropriate to do so".

Every competition in English football is now on hold indefinitely. "Any return to play will only be with the full support of government and when medical guidance allows," the Premier League said in a statement. "It was acknowledged that the Premier League will not resume at the beginning of May - and that the 2019-20 season will only return when it is safe and appropriate to do so."

At Friday's meeting the Premier League issued a proposal to clubs, asking them to cut in wages in order to "protect employment throughout the professional game". It was agreed that clubs will ask their players to take a 30% pay cut. On the other hand, Premier League club captains, led by Liverpool captain Jordan Henderson, had their own discussions over the creation of a charitable fund that could support the NHS in its effort to fight the pandemic.

It is still unclear whether the current season will eventually be completed, Friday's decision buys the Premier League some time, waiting for further developments on the health front. The only major football competition in Europe that has taken a definitive decision was the Belgium first division: the ended the season early, acknowledging that it would be impossible to complete the campaign. Club Bruges will be declared champions as they were leading the table after 29 rounds, but they still have to decide how relegation would work and also how European qualification spots will be assigned.