Cristiano Ronaldo wants to stay at Real Madrid until 2015 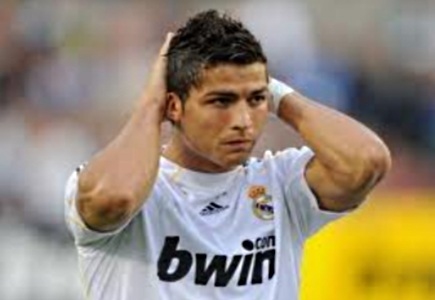 Cristiano Ronaldo says he wants to stay at Real Madrid until his current contract runs out, but admits he is unsure what will happen after that. The former Manchester United player's deal at Madrid expires in 2015 and he has been linked with a move away from the Spanish giants. "I want to see out my contract at Real Madrid - I'm very clear about that," the 27-year-old star said. "After that, well, I don't know what'll happen in the future."

Ronaldo admitted in September 2011 that he was "sad" at the reigning La Liga champions. The Portuguese forward joined Madrid in 2009 in a world record £80m deal from Manchester United and he will face his former club for the first time since his move when Madrid take on United in the last-16 of the Champions League in February. Ronaldo has 175 goals in 172 appearances for Real Madrid.

Real Madrid are 18 points adrift leaders Barcelona in the Spanish league, so their focus will be on the European competition. "Every Madridista wants that 10th European Cup - we're more than aware of that," Ronaldo said. It's not going to be easy and I reckon the odds are about 50-50, but I'm still very confident. Manchester United have started the English championship race very well and are a long way ahead of the rest, but still, if we play the way we're capable of, we can beat them."

You can already bet on the Real Madrid vs Manchester United clash at Bet365, here are the odds for the first leg, which will be played on February 12: