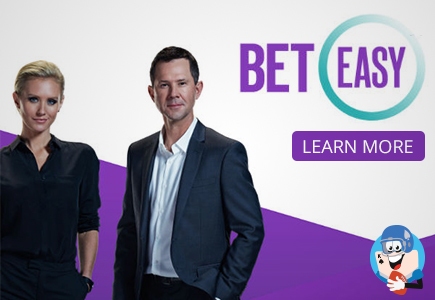 The Stars Group, a corporation behind the busiest poker platform in the world, PokerStars, has confirmed merging of CrownBet and William Hill Australia. The gaming business will operate under a different name in the future - BetEasy. The deal comes soon after the group acquired Sky Betting & Gaming for $4.7 billion, UK's biggest online gaming enterprise.

CrownBet confirmed that it was planning to use another name for the brand after the acquisition, originally choosing Sportingbet. However, Paddy Power Betfair's platform in Australia, Sportsbet, sued the company claiming the name constituted an infringement of their trademark and won...

Further information about the brand is to be announced, but the newly formed group will provide its betting services as BetEasy.

Although disappointed by the court's decision over the Sportingbet name, Matt Tripp, CEO at CrownBet, is convinced that rebranding will not have a negative impact on customers of both establishments. He added that the merger will give the country its third-largest sports betting operator, right next to Tabcorp and Sportsbet.

A certain concern over too few companies on the market is present, since BetEasy is being introduced during a tough period for the gambling industry in Australia. Operators all around the country are fighting strict regulations, decreased advertising, and supplemental taxes. Nevertheless, Tripp has been very cautious in this matter by taking steps to protect consumers, while dealing with other challenges as well. Numerous states and areas in the country have raised taxes on local revenues, expanding between 8% to 15%.

According to Tripp, BetEasy will withstand the new taxes thanks to the William Hill purchase. The company is actively promoting its assets, and has the backing of The Stars Group , but it will also explore other possibilities on the market.