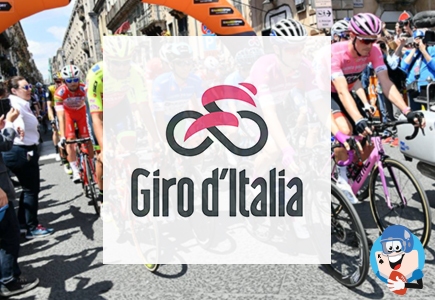 Team Sky riders Geraint Thomas and Chris Froome will not take part in this year's Tour of Italy, despite Froome being the title holder. Both of them are aiming to win the Tour de France this season, and taking part in the Giro d'Italia would pose serious fitness problems for the Tour. Last year Chris Froome tried to do the Giro-Tour double but he fell short in the French race as he finished third behind team-mate Thomas and Dutch rider Tom Dumoulin. Thomas became the third Briton to win the Tour de France after Sir Bradley Wiggins in 2012 and the four consecutive victories achieved by Chris Froome.

"The Giro feels like unfinished business and I wanted to think about that," said Thomas, who did fight for the title in Italy but crashed while in second place in the general classification in the 2017 race. "Maybe I'll race it next year but this year has always been about the Tour." Froome had already announced in January that he would skip the Giro in order to have a better preparation for the Tour. Froome said: "I did not want to jeopardise the chances of the Tour for anything this year. As defending champion I feel as if I have to go back and want to be in the best shape possible." The Giro is the first of the year's three Grand Tours and it runs from 11 May to 2 June, and then the Tour kicks off on 6 July and ends on 28 July.

Geraint Thomas started his season on Wednesday by racing the first stage of the Volta a la Comunitat Valenciana in Spain, his first race after the Tour of Britain last September. The 32-year-old has also revealed that he will try to win the World Championships time trial this season in preparation of the 2020 Olympics in Tokyo. Thomas has already won Olympic gold medals on the track in the team pursuit squads at the Beijing 2008 and London 2012 Games. "I still have some big goals and targets to get me out of bed in the morning," added Thomas. The riders in his team have big stakes to ride for this season as Sky will end their sponsorship at the end of the year, so the survival of the outfit depends on finding a new sponsor. "We just have to concentrate on riding our bikes but we have every faith we should be able to find another sponsor," said Thomas. We want the team to stay together and I have been here since the start in 2010. It feels like family and we want to stick together."

Chris Froome is 5/4 at Bet365 to win the Tour de France this year, while Geraint Thomas is 9/4 to defend his title.
Upcoming Sporting Events Back to articles

Yeah that's a shame for the race and sport of cycling in general but it's a logical decision from both riders to skip the Girro for the tour preparations really. Something...

Yeah that's a shame for the race and sport of cycling in general but it's a logical decision from both riders to skip the Girro for the tour preparations really. Something has to be done in this sport for the biggest stars in this sport to be able to participate in all 3 of the big tours throughout a calendar year...for example we can't imagine some of the big tennis stars missing the French open for Wimbledon preparations..yeah OK Federer has done that a couple of times but it's because of his age...and a personal decision after all. For me the only option for that is Vuelta to be moved again as it once occurred during the spring (it's not cool riding a bike during August in Southern Spain at temperatures of around 40C anyway) so it could be moved in April while the Giro could be conducted in September for example which would give a lot longer break to the riders between the big 3. But that's not what UCI ideas are right now I believe so we would still continue just dreaming of having all of the best riders in all of the grand tours I guess.