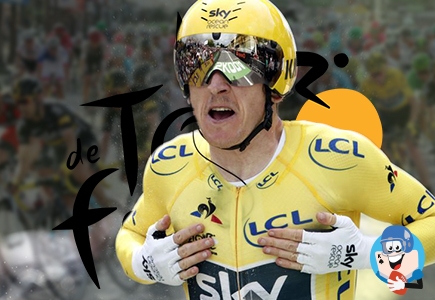 Team Sky's Welsh rider Geraint Thomas became the third Briton to win the Tour de France as he crossed the line in Paris on Sunday. The 32-year-old secured the sixth Tour de France victory in the last seven years for Great Britain after Sir Bradley Wiggins in 2012 and Chris Froome's four victories. Dutchman Tom Dumoulin from Team Sunweb finished second in the general classification, 1 minute and 51 seconds behind Thomas, while Team Sky leader Chris Froome finished third. Thomas was the main helper for Chris Froome in each of his four Tour de France victories.

"When I rode on the Champs-Elysees for the first time in 2007, that was insane - just to finish the race and just to be a part of it," Thomas said after the race. "To now be riding round winning it is just incredible. It's just a whirlwind. I seem to be floating around on cloud nine. Maybe when I'm 70, sat in a corner of a pub telling some 18-year-old what I used to be, it will sink in. It's incredible, the stuff of dreams." Chris Froome was the pre-race favourite after having won the Giro d'Italia earlier this year, along with the Tour de France and the Vuelta a Espana last year, but eventually it was him who had to settle for a place in Thomas' shadow this time.

This was the ninth Tour de France for Geraint Thomas, his first was in 2009 and back then he finished 140th out of 141 riders. His best finish before this season was a 15th place, mainly because he always sacrificed his own ambitions in order to help team leaders Chris Froome. This year he proved his great form first on stage 11, when he attacked with 6 kilometers left on the final climb to get both the stage win and the yellow jersey. The next day, he attacked again and became the first British rider to win the legendary climb of Alpe d'Huez. Those back-to-back stage wins in the Alps put Thomas firmly in control of the race and he kept his place at the top of the overall standings by racing without mistake in the remaining nine stages.

You can already bet on who will win the 2019 edition of the Tour de France at Betfair, Geraint Thomas is 2/1 to secure the victory while Tom Dumoulin is 5/2.
Sports Events Back to articles