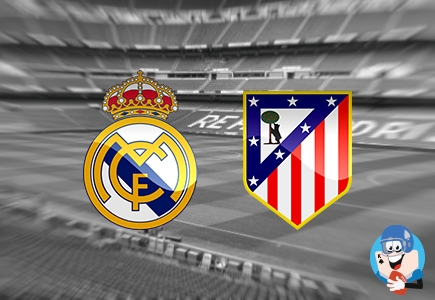 City rivals Real Madrid and Atletico Madrid clash at Santiago Bernabeu on Saturday in a derby that could end up benefitting... Barcelona! Real Madrid won the reverse fixture 3-0 at Vicente Calderon in November thanks to a hat-trick from superstar Cristiano Ronaldo. However, last season Atletico won 1-0 at Santiago Bernabeu before losing the Champions League final to their bitter rivals.

Real Madrid are on a six-game winning streak in all competitions and are leading the league table with a two-point cushion over Barcelona and a game in hand. The Madrid derby could consolidate their position but if they lose it Barcelona will most likely leapfrog them at the top of the table as they play later on Saturday at Malaga. Zinedine Zidane will be able to field his best eleven, with the exception of injured defender Raphael Varane.

Atletico Madrid are on a seven-match unbeaten streak in all competitions, they advanced to the Champions League quarter-finals and are favourites to finish third in LaLiga this season behind Real Madrid and Barcelona. This week they grabbed a narrow 1-0 victory over Real Sociedad to consolidate their third place but they must avoid defeat in the derby to keep it. Kevin Gameiro is an injury doubt for Diego Simeone's side, Fernando Torres will most likely replace the Frenchman in attack.

One more good season for Atletico after they looking good for finishing third in Primera plus the fact that they have reached the semis in the Champions League but...

One more good season for Atletico after they looking good for finishing third in Primera plus the fact that they have reached the semis in the Champions League but again nothing special for them. Still Atletico manage to drew Real in this one plus the fact they beat them in two leg Coppa del Ray semis so if they lift the cup that would turn their season from good to great.