Manchester City 1 Manchester United 0: What Next? 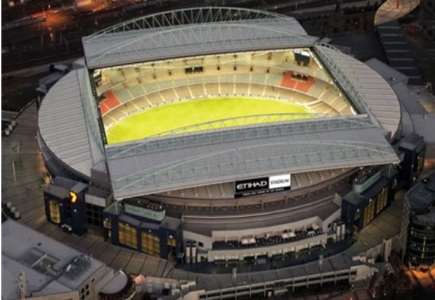 The big derby at Etihad Stadium saw Manchester City winning 1-0 and it was a deserved win considering the way the two teams have played. Manchester United started the game with a defensive setup, hoping to keep a clean sheet and maybe strike on a counter attack.

On the other hand Manchester City tried to dictate play and put pressure on the opponents and the strategy paid off just before half time when Vincent Kompany thumped in a header on a corner kick taken by David Silva.

Sir Alex Ferguson sent in Danny Welbeck and Ashley Young in the second half in an attempt to pull back level but it was Man City who continued to created chances. The game ended with no more goals even though Yaya Toure and Gael Clichy came close on a few occasions.

The result puts Manchester City in the driving seat, they are now top of the table, tied on 83 points with Manchester United but with a superior goal difference (+61 for City and +53 for United).

There are two games left until the end of the season for each of the two sides and the title is in Man City's hands now: if they win both games the title is theirs because it's hard to believe that United will win their two games with colossal scores in order to boost their goal difference.

However, the title race is still on because Manchester City can be anything than sure of victory in those two games. Here they are:

May 6th – Newcastle vs Man City

The game against 5th placed Newcastle is crucial and very difficult. Newcastle are still in with a chance of finishing in the top four and they will surely play their hearts out on May 6th. The last game of the season might not be easy either, even though QPR might get relegated at the end of the campaign.

As for Manchester United, their schedule is tricky as well:

May 6th – Man United vs Swansea

May 13th – Sunderland vs Man United

The home game against Swansea shouldn't be a problem as the Swans are safe in the middle of the table with no worries or hopes left in the season. Sunderland are in a similar position but they will probably want to end the season with a solid performance in front of their home fans.

The bookmakers have Manchester City as favourites now, the outright odds from William Hill look like this now: