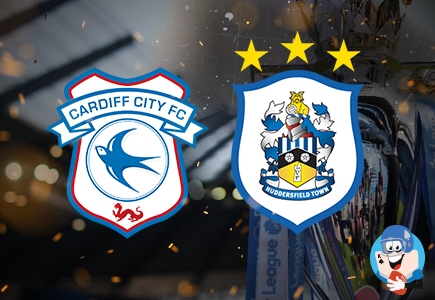 An important relegation battle will take place on Saturday in Wales, seventeenth-placed Cardiff host last-placed Huddersfield at Cardiff City Stadium. The reverse fixture ended goalless as both teams were struggling to score goals at the start of the Premier League season. Before that match Cardiff had a four-game winning streak against Huddersfield, they won 3-2 at home and 3-0 away during the 2016-2017 season in the Championship. Huddersfield have not won a match against the Bluebirds since 2003, when both teams were playing in League One.

Cardiff have somehow climbed just above the relegation zone, but they are still dangerously close as eighteenth-placed Southampton are just two points behind. The Bluebirds ended 2018 with a surprising 1-0 victory at Leicester, but in 2019 they lost 3-0 at home against Tottenham in the Premier league and then 1-0 at Gillingham in the third round of the FA Cup. They have won just five of their 21 Premier League matches this season, but did win three of the last five at home. Kenneth Zohore is injured for the home side, but manager Neil Warnock will hope that Jazz Richards, Kadeem Harris, Danny Ward, Victor Camarasa and Harry Arter will all recover in time.

Huddersfield are at the bottom of the Premier League table and it seems only a miracle could pull them out of the relegation zone. They have won just two league matches since the start of the season and have lost their last nine games in all competitions. Their 2019 started with a bitter 2-1 home defeat against Burnley and continued with a 1-0 defeat at Bristol City in the FA Cup. The Terriers have not won a match since November, when they grabbed a surprising 2-0 victory at Wolves. Abdelhamid Sabiri, Aaron Mooy and Danny Williams are all sidelined for the away side, while Tommy Smith is an injury doubt.

My prediction: Cardiff to win 1-0, the Terriers seem completely out of their depth in the Premier League.

Quite a huge game at the bottom half of the table...well at least for Huddersfield anyway. The away side has been performing really poor lately and no wonder they're...

Quite a huge game at the bottom half of the table...well at least for Huddersfield anyway. The away side has been performing really poor lately and no wonder they're rock bottom of the standings. Huddersfield has ever been one of the main relegation favorites even pre-season so not really a huge surprise right now but if Cardiff don't want to go down there too they'll have to give everything to win this one. My prediction is 2-1 to Cardiff City.