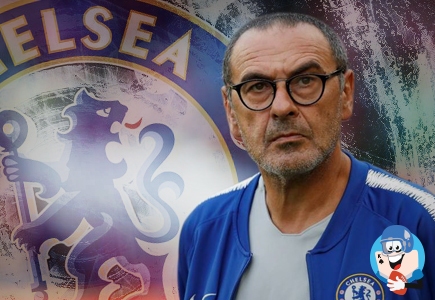 Chelsea have suffered their heaviest defeat of the season on Wednesday, they got beaten 4-0 at Bournemouth, and after the match manager Maurizio Sarri questioned his ability to motivate the players. This result was the worst defeat in 23 years for Chelsea. Joshua King scored twice for the Cherries, who had last defeated Chelsea at home all the way back in 1988. David Brooks and Charlie Daniels also scored for the home side at the Vitality Stadium. The result dropped Chelsea in fifth place, tied on 47 points with fourth-placed Arsenal. Last season the Blues had 50 points at the same stage of the Premier League season.

The Italian manager had harsh words for his players after the 2-0 defeat at Arsenal, accusing his men that they are difficult to motivate. His speech after the Bournemouth defeat was along the same lines, questioning the players' desire. "I am not able to explain because we played very well in the first half," Sarri said after the match. "We conceded the goal very early in the second half but we had 43 minutes so all we needed to do was to continue to play. Maybe it's my fault because maybe I'm not able to motivate this group and these players. I don't know why. But I need to understand and we need to understand very soon because we have to play in three days."

"We are doing something wrong with our mentality, of course," the manager added. "We need to understand why and we need to react to the difficulty. For me it's really difficult to understand why. I'm trying to do it, and I will try to do it tomorrow but it's not easy." Chelsea missed a pair of good chances to score in the second half through Mateo Kovacic and Cesar Azpilicueta, but then Bournemouth were the better team and deservedly won the match. Sarri added: "If you stop playing, you can concede four or five goals. We stopped playing as a team and we stopped defending. We were in trouble but it was only a consequence of our performance. At the end of the first half it was impossible to think the second would be a disaster and I want to understand why. Just like two months ago when we had to face difficulties, we lost our identity and played as 11 individuals."

Chelsea play at home against bottom side Huddersfield on Saturday and they are 1/6 at Bet365 to win the match.
General Sportsbook News Back to articles

Well, it might of been the worst result for the Blues in 23 years but they had to wait just 10 days for yet another record defeat away to City. But when I think...

Well, it might of been the worst result for the Blues in 23 years but they had to wait just 10 days for yet another record defeat away to City. But when I think again it's not too sure which of those is the more embarrassing result, but surely both should be considered that way. Surely there's a problem in Chelsea and I don't think it's just because of the players motivation...but could be a good part of the reason why as well. I don't think Sarri trying to adapt his style to the players he have right now, it kind of looks like he try to play the same scheme from his Napoli spell but not getting the best out of the players of his disposal. Hazard is the perfect example of that being put on the false 9 spot which was never been his strength. Whole of that and the wrong scheme I think lead to the players being unhappy or probably not motivated enough as Sarri described them.