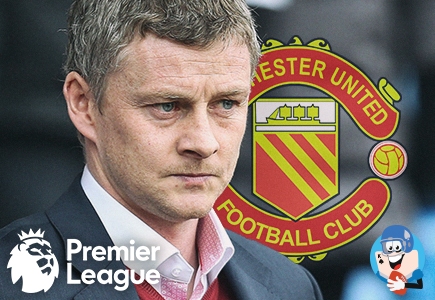 One day after sacking Jose Mourinho, Manchester United have announced the appointment of former striker Ole Gunnar Soskjaer as the new boss on an interim basis, until the end of the current season. Solskjaer has spent 11 seasons at Old Trafford as a player and is famous for scoring the winning goal in the 1999 Champions League final against Bayern Munich. The Norwegian scored 91 league goals in 235 appearances for the Red Devils and he retired from the club in 2007. His first job as a coach was also at Manchester United, he managed the reserves team between 2008 and 2011. He won the Premier Reserve League in the 2009 - 2010 season.

"Manchester United is in my heart and it's brilliant to be coming back in this role," Solskjaer said. "This is an opportunity I had to take. I'm really looking forward to working with the very talented squad we have, the staff and everyone at the club." Solskjaer went on to manager Norwegian side Molde between 2011 and 2014, winning the league twice and the Norwegian cup once. His first experience as a manager in the Premier League was at Cardiff City but it didn't end too well, they got relegated and then Solskjaer got sacked after a terrible start to the season in the Championship. Ironically, Solskjaer will kick off his reign at Manchester United with a match against Cardiff City on Saturday.

Mike Phelan rejoins the club alongside Solskjaer as a first-team coach after having worked for several years under Sir Alex Ferguson, while Michael Carrick and Kieran McKenna remain in the coaching staff after having worked with Mourinho as well. "Ole is a club legend with huge experience, both on the pitch and in coaching roles," club vice-chairman Ed Woodward said. "His history at Manchester United means he lives and breathes the culture here and everyone at the club is delighted to have him and Mike Phelan back. We are confident they will unite the players and the fans as we head into the second half of the season." Molde are happy to let Solskjaer go because the Norwegian league is on a long winter break until March, but they said that Solskjaer is expected to return to them after the Premier League season ends.

Solskjaer is now 4/1 at Betfair to get the Manchester United manager job on a permanent basis, while former Real Madrid boss Zinedine Zidane is also 4/1 to become the new manager at Old Trafford.
General Sportsbook News Back to articles

I think many of the United fans have been shocked by the Solskjaer appointment but whoever it may be it will still be a lot better than Mourinho staying at the club...

I think many of the United fans have been shocked by the Solskjaer appointment but whoever it may be it will still be a lot better than Mourinho staying at the club I think. It's something like they loan a manager till end of season to give them time to consider who's the next United permanent manager would be...well let's hope Solskjaer could do the job meanwhile and who knows why not even keeping it if the performances are good enough...really unlikely though.