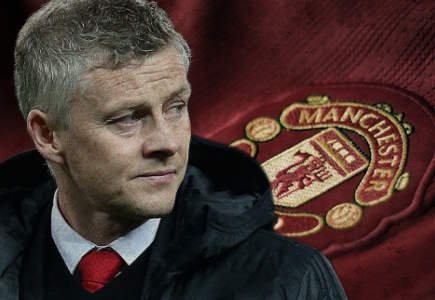 Manchester United are set to conclude a disappointing season with a finish outside the top four, which means they will miss out on UEFA Champions League football next season. The Red Devils still had a solid chance of moving up into the top four after Tottenham lost 1-0 at Bournemouth on Saturday, but Ole Gunnar Solskjaer and his men were unable to get more than a 1-1 draw at Huddersfield on Sunday. That result was quite surprising considering that Huddersfield were already relegated since March and had only grabbed four points in their previous 23 matches. Moreover, Scott McTominay scored to put Man United ahead in the first half but then Isaac Mbenza leveled the score with his first goal for the Terriers. Huddersfield even came close to winning the game but Man United keeper David de Gea denied Karlan Grant the winning goal.

Sixth-placed Manchester United will wrap up the season with a home match against relegated Cardiff but they can't hope to finish higher than fifth. This will be their fourth tine the Red Devils finish outside the top four in the last six seasons since Sir Alex Ferguson retired. Their worst finish was in 2014, when they ended up in seventh place. Last season Manchester United finished second under Jose Mourinho, but champions Manchester City were a whole nineteen points ahead. The Portuguese manager was sacked in December after having secured just seven wins in the first 17 Premier League games of the campaign.

Manchester United manager Ole Gunnar Solskjaer said after the Huddersfield match: "It hurts whenever you don't win a game of football. In a stadium like this with loads of energy, their last game of the season at home, we gave them some hope and we couldn't reach our level again. There was always going to be a period in this game Huddersfield would press us because of the energy of the crowd. We had a spell we couldn't get going, now its done, we're disappointed but we have to look forward. We haven't deserved to be top four, we've chased the pack and been given chances, the league is so tight. When we got the opportunities we weren't able to really grab them. In the end, the table doesn't lie."

Manchester United are 9/1 at Bet365 to win the Premier League title next season.
General Sportsbook News Back to articles