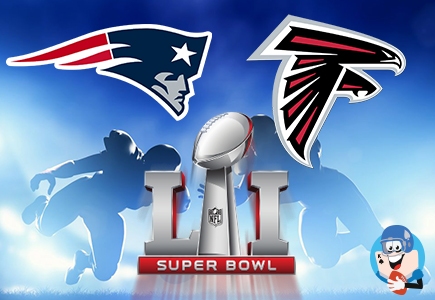 Game day is set for this Sunday and the big question is: who are you betting on? Wagers will be placed based on team loyalty, statistics or just for fun, and there will be no shortage of entertainment when it comes to the array of props and special bets out there in preparation for the biggest NFL event of the season. Let's take a closer look at the craziest things you can take a gamble on this weekend.

Outside of the obvious winner and MVP bets, Bovada has quite a few fun odds to throw some money at under the Super Bowl Special Bets tab. Country singer Luke Bryant will be singing the national anthem, so will he forget or omit a word from the Official US National Anthem? Odds for yes are set at +400 and no -700. There's a lot more where that came from including how long he will take to sing it, will he be wearing a hat and whether or not he'll be wearing blue jeans.

More of the silliest special bets to make the game even more amusing:

Serious sports bettors should take a look at recent editorial 'My Opinion and Four Bucks - NFL 2017' for Brandon James' odds analysis and Super Bowl prediction. Who do you think it's going to be - Patriots or Falcons?
General Sportsbook News Back to articles

Super Bowl became an event of global importance in the last years not just in US but all over the world so it's not strange that the bookies would also trying to...

Super Bowl became an event of global importance in the last years not just in US but all over the world so it's not strange that the bookies would also trying to take advantage of that. There's numerous of crazy bets offered and I don't have the answer on any of them, Maybe the colour of Lady Gaga's hair is toughest thing to predict except for hers hair stylist I guess ; ) The patriots are my second favourite NFL team so it's really tough for me to give a detached prediction for who's going to win it but I still think the Patriots should be considered as a favourite for that one.