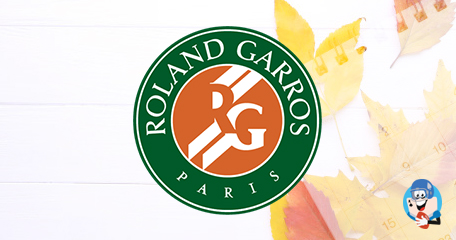 The second Grand Slam tournament of the ATP season, the French Open, has been rescheduled for September due to the coronavirus pandemic. The event at Roland Garros was due to be played from 24 May to 7 June, now it will take place between 20 September and 4 October. This means that it will become the last Grand Slam of the season, because the U.S. Open is supposed to finish just one week earlier.

The ATP circuit is currently stopped until at least April 20, with Masters 1000 tournaments in Miami, Indian Wells and Monte Carlo suspended. The first tournament that should take place is the BMW Open in Munich on April 27, and the Millenium Estoril Open in Portugal is supposed to happen during the same week. However, the coronavirus pandemic will most likely still be ongoing across Europe at that time and it might further disrupt the tennis season.

Just sixteen tournaments got to be played this season, including the Australian Open in Melbourne. Novak Djokovic won that first Grand Slam tournament of the season, and he also won the Dubai Duty Free Tennis Championships in February. Rafael Nadal the Abierto Mexicano Telcel in Acapulco. The Serbian player is still ranked first in the world, with Nadal second and Austria's Dominic Thiem in third place.

Rafael Nadal is 20/23 at NetBet to win the French Open this year, while Novak Djokovic is 3/1 to win it.

Wow, that would e the first...Roland Garros being played as the last GS tournament for the year, but I guess it's better that than nothing. I wonder how they find...

Wow, that would e the first...Roland Garros being played as the last GS tournament for the year, but I guess it's better that than nothing. I wonder how they find a free dates at all in the calendar when we know how busy scheduled the tennis season is in general but obviously the ATP and WTA work a lot more efficiently than some other sport governing bodies and well done to them...I'd be glad to see French open being conduct at any time in the year as long as that assures the existence of the tournament and let's really hope by then the whole pandemic situation will be long gone...or at least under control.