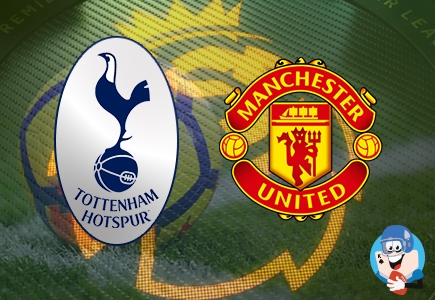 New Red Devils boss Ole Gunnar Solskjaer will face his first big test as his Red Devils visit third-placed Tottenham at Wembley Stadium in London on Sunday. The reverse fixture was a disaster for United, Tottenham won 3-0 at Old Trafford in August with two goals from Lucas Moura and one from Harry Kane. Before that match we had a series of seven consecutive home victories in the direct encounters between these two teams in the Premier League. Last season Tottenham defeated Man United 2-0 in London after a 1-0 defeat in Manchester, but the Red Devils also won 2-1 in the semi-finals of the FA Cup.

We are 21 matches into the Premier League season and Tottenham are the only team in the league that has not recorded any draws so far. The Spurs have lost five matches so far, but their sixteen victories allow them to sit in third place at the moment, two points behind second-placed Manchester City. Tottenham ended 2018 with a shocking 3-1 defeat against Wolves in London, but they bounced back with a 3-0 victory at Cardiff on New Year's Day and then hammered Tranmere 7-0 in the FA Cup last week. This week they edged past Chelsea in the first leg of the League Cup semi-final thanks to a controversial penalty kick that was converted by Harry Kane. Jan Vertonghen, Eric Dier and Mousa Dembele are all back in training, while Victor Wanyama remains on the injured list.

Manchester United have won five out of five in all competitions after having replaced manager Jose Mourinho with Ole Gunnar Solskjaer, but they haven't faced any of the big Premier League teams. Their latest Premier League match was the 2-0 victory at Newcastle on January 2nd, with goals from Romelu Lukaku and Marcus Rashford. Last weekend the Red Devils got past Reading in the FA Cup, with Romelu Lukaku on the score sheet again alongside Juan Mata. Solskjaer has a bit of a problem in defence ahead of this match as Eric Bailly is injured and Marcos Rojo is out injured, while Chris Smalling is a doubt. Alexis Sanchez and Paul Pogba had thigh issues but both should recover in time for Sunday's match.

My prediction: 2-2 draw, the Red Devils are strong under Solskjaer and they should be able to grab a point here.

Yeah..like Johnny said that would be the first real test for the Solskjaer team and to be honest as a Man U fan I'm not too optimistic about it. It's true that...

Yeah..like Johnny said that would be the first real test for the Solskjaer team and to be honest as a Man U fan I'm not too optimistic about it. It's true that United playing a lot more floating style in a comparison to the Mourinho era but also they've allowed the opponents too many clear chances in front of their own goal and you'd think a team like Spurs could benefit from these apart for United opponents in the games Solskajer has been in charge so far. Anyway I won't make any prediction for this one cause I'm too biased and probably it won't be realistic but I hope of a good spectacle and a lot of goals in this one.