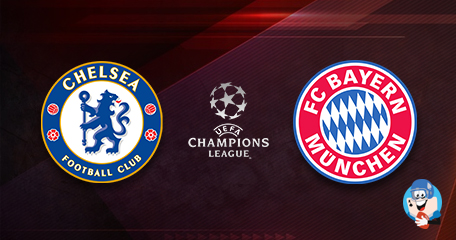 Premier League side Chelsea have an extremely difficult match on Tuesday evening, when they host Bundesliga champions Bayern Munich at Stamford Bridge in London for the first leg of their UEFA Champions League last-sixteen tie. The two sides have last met in the UEFA Super Cup back in 2013 and at that time Bayern won the trophy on penalties after a 2-2 draw. The year before it was Chelsea who tasted success against the Germans and it was an important one, the Blues beat Bayern on penalties in the Champions League final.

Chelsea had a great result last weekend, 2-1 at home over Tottenham in the Premier League, a victory that kept the Blues in fourth place in the league table. The victory was crucial for Frank Lampard and his team as they had lost the previous match 2-0 at home against another team that is chasing a top-four spot, Manchester United. Chelsea had a pretty difficult Champions League campaign so far, they finished second in Group H but third-placed Ajax finished just one point behind the Blues. N'Golo Kante is injured for the home side, while Callum Hudson-Odoi, Christian Pulisic and Pedro are injury doubts.

Bayern had a perfect run in the UEFA Champions League group stage, they won all six matches, scoring 24 goals in the process. Now they are on an eleven-match unbeaten run in all competitions and have won ten of those, including a 3-2 Bundesliga win over Paderborn last week. Bayern are leading the Bundesliga table but title rivals RB Leipzig are just one point behind. Ivan Perisic and Niklas Sule are out injured for the visitors, while Javi Martinez is a doubt.

We will most likely see a few goals in this match as both sides have prolific attacks, I expect a 2-2 draw.