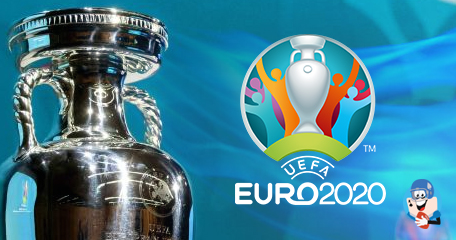 The news that everybody was expecting finally broke on Tuesday, when UEFA announced that this year's European Championship will take place next year due to the coronavirus pandemic. European football's governing body had an emergency meeting via video conference as some football federations were calling for the tournament to be postponed. Euro 2020 was scheduled to take place from 12 June-12 July this summer, it will now run from 11 June to 11 July next year.

Most European leagues are now on hold due to the pandemic and it is unclear when they could resume and if they could be completed by the end of this year. The Nations League and the European Under-21 Championships are also scheduled to take place next summer, but those tournaments have not been rescheduled yet. UEFA said that the dates of those two events will be moved, but so far they have not reached a clear decision.

"We are at the helm of a sport that vast numbers of people live and breathe that has been laid low by this invisible and fast-moving opponent," said UEFA president Aleksander Ceferin. "It is at times like these, that the football community needs to show responsibility, unity, solidarity and altruism. The health of fans, staff and players has to be our number one priority and in that spirit, Uefa tabled a range of options so that competitions can finish this season safely and I am proud of the response of my colleagues across European football. There was a real spirit of co-operation, with everyone recognising that they had to sacrifice something in order to achieve the best result."

The European Championship qualifying play-offs were scheduled to begin in March, no all matches have provisionally been moved to June but they might be pushed later into the year if the pandemic situation in Europe doesn't improve.

For me that was one of the most expected and logical news in the world of sport lately really. i couldn't care less (and I guess most of the football fans in Europe...

For me that was one of the most expected and logical news in the world of sport lately really. i couldn't care less (and I guess most of the football fans in Europe too) about a tournament who could be easily rearranged for the next year when all the domestic leagues are really...more important...as simple as that...for the fans..for the players and everyone involved really...well the sponsor of EURO 2020/21 (whatever you wish to call it) may have another opinion on that...but it is what it is really ...everybody have to acknowledge the situation of a world pandemic we're living in the moment I think.