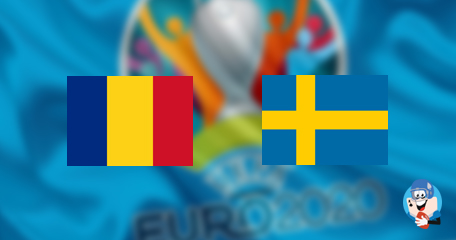 It's time for a decisive match in UEFA Euro 2020 Qualifying Group F on Friday, when third-placed Romania take on second-placed Sweden at National Arena in Bucharest. The reverse fixture, played in March, was won 2-1 by Sweden. That was the first victory for Sweden over Romania in five matches between the two sides, but the Scandinavian outfit also got the better of the Eastern European side on penalties at the 1994 World Cup.

There's only one result that can keep Romania in the qualification race, and that would be a win against Sweden on Friday. That might be quite a tall order for the home side considering that they have won four matches in this group so far and all four were against minnows Malta and Faroe Islands. Last time out the Romanians missed a huge opportunity to grab three points at home against Norway, they were leading 1-0 but conceded an equalizer in the 92nd minute. That leaves Romania one point behind Sweden, and also with the prospect of a very difficult match at group leaders Spain on Monday. Galatasaray striker Florin Andone was withdrawn from the squad due to an injury.

Sweden have qualification in their own hands ahead of the final two group matches, last time out they managed to grab a 1-1 draw against Spain and that gives them the one-point advantage over Romania. On Monday Sweden will take on the Faroe Islands at home, so three points from that match are almost guaranteed. The visitors have lost just one of their eight group matches so far, and that was against leaders Spain.

Romania are with their backs against the wall in this match, so they will most likely employ a more aggressive style than they usually do. On the other hand, Sweden are dangerous and will try to take advantage of any spaces, so my belief is that this match will end with a 2-2 draw.