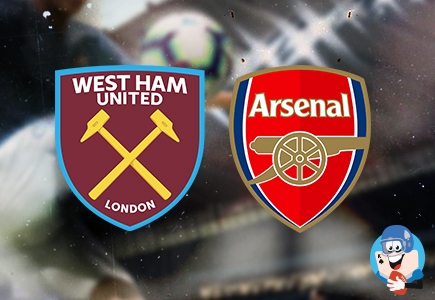 West Ham United will be looking to record their first league victory of 2019 when they host Arsenal for a London Derby at the Olympic Stadium on Saturday. The Gunners won the reverse fixture 3-1 in August, Marko Arnautovic fired West Ham ahead but Arsenal responded with goals from Nacho Monreal and Danny Welbeck, along with an own-goal scored by Issa Diop. That was the third consecutive win for Arsenal against West Ham in all competitions and the fifth victory in the last six direct matches. West Ham have not won a match against the Gunners since 2015, when they secured a 2-0 victory at the Emirates Stadium.

West Ham have started the year with a 2-2 draw against Brighton on January 2, and they can be thankful for that result as they fought back from 2-0 down with a double from striker Marko Arnautovic. Last weekend the Hammers pulled through to the fourth round of the FA Cup with a quiet 2-0 victory over Birmingham, with Arnautovic and Andy Carroll on the score sheet. They are currently tenth in the Premier League table, but the distance to fifth-placed Arsenal is thirteen points. Chicharito, Fabian Balbuena and Marko Arnautovic are carrying slight knocks but all there could be fine for Saturday's match, but Winston Reid, Manuel Lanzini, Carlos Sanchez, Andriy Yarmolenko, Ryan Fredericks and Jack Wilshere are all definitely sidelined.

Arsenal had a good start in 2019 to recover from their 5-1 beating at Liverpool two days before the New Year, they kicked things off with a 4-1 Premier League victory over Fulham and then won 3-0 at Blackpool in the FA Cup. The Gunners are still very close to the top four, they are just three points behind fourth-placed Chelsea, but they will need to put together a good winning streak in order to leapfrog the Blues and maybe even threaten third-placed Tottenham. Shkodran Mustafi and Laurent Koscielny have recovered from recent knocks and should be available for selection, along with Hector Bellerin, Nacho Monreal and Mesut Ozil. Rob Holding, Konstantinos Mavropanos, Henrikh Mkhitaryan and Danny Welbeck remain sidelined.

Lately Arsenal have been too shaky especially at the back while the West Ham squad have been strengthen by some of the key players have been returning after injuries. It...

Lately Arsenal have been too shaky especially at the back while the West Ham squad have been strengthen by some of the key players have been returning after injuries. It looks to be a really tough test that one for the Gunners against a well organized and playing an offensive style Pellegrini's side so I won't be too surprised if the Hammers win that in the end. My prediction: 2-1 to the home side.